Between spring 2016 and spring 2017, Canadians looking for investment opportunities spent a little over $19 billion buying up American properties. Some of these buyers are looking to flip the houses while others are in search of somewhere new to live. Both groups are drawn by the relatively cheap property prices south of the border.

For example, a property in Orlando, Florida costs, on average, $165,200, whereas the average property price in Montreal is $364,373. Another major factor in the sudden flow of money down to the United States is the booming real estate markets in cities such as Vancouver (average property price $1,056,136) and Toronto (average property price $920,791), which are encouraging some individuals to sell their existing properties in favor of something cheaper, sometimes pocketing considerable sums of money in the process. 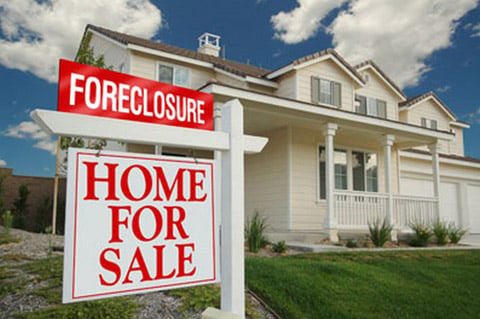 Dollar Versus Dollar
A survey carried out by the Canadian Real Estate Association (NAR) concluded that around 22% of all international property sales in the US were conducted by Canadians. A favorable exchange rate between the US dollar and the Canadian dollar is driving an increased interest in selling on properties, while also lowering the financial barriers to investment. In 2010, just two years after the US housing market collapsed, the Canadian dollar was on par with the US dollar and this is when the first wave of investment arrived from Canada. In fact, prior to this year’s record breaking levels of spending, 2010 was the year with the highest levels of Canadian investment in the US housing market, totaling $17.1 billion.

Luxury Properties
As the tide turns and Canadians continue to benefit from a low dollar and higher property prices across the US with those initial investors now selling their homes on for a profit. In fact, experts believe that the profits Canadian investors are now reaping from their investments, which is allowing them to invest again in a more expensive market and to increasingly look to the luxury property market for new opportunities. Comparing the last year again to 2010 shows that the average amount spent by Canadian investors has more than doubled from $247,283 to $560,844.

House Flipping
The phenomenon of house flipping has traditionally been more popular in the United States than it has been with its northern neighbor, but with an increasing number of Canadians involving themselves in the property markets, interest is on the rise. While a large number of investors were able to profit from the US housing market collapse and its subsequent recovery, simply by waiting it out many opted to temporarily relocate and carry out some relatively minor modifications and improvements to properties, such as a bathroom renovation, before selling the property on at a higher price.

Canadian investment in the United States housing market looks set to continue at a reasonably high rate, and aside from the value offered due to favourable economic conditions, there is an increasing awareness of the tax benefits available to those who invest some of their wealth in property.

One comment on “Canadians Buying American Property in Record Numbers”