Federal Housing Administration Commissioner Carol Galante announced that she would resign by the end of the year. Her exit comes as the agency continues to struggle with how to expand access to mortgage credit. 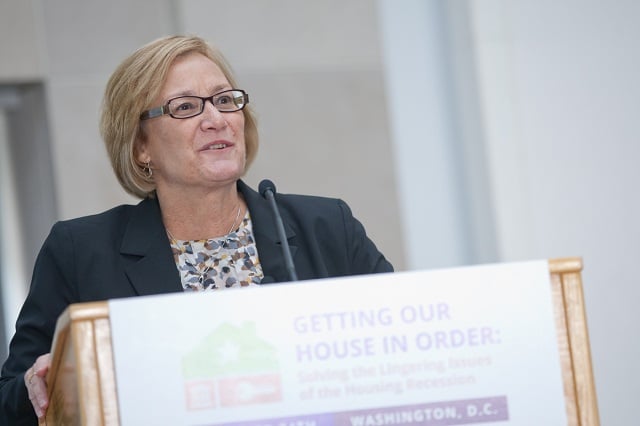 Biniam Gebre, who serves as general deputy assistant secretary for housing, will assume Galante’s role until a new commissioner is nominated by the Obama administration and confirmed by Congress.

The FHA has faced a critical time during Galante’s tenure. Last year, it was forced to seek the first government bailout in its history — $1.7 billion — due to rising mortgage losses that were depleting its cash reserves. To counter the losses, FHA has raised its fees on borrowers, which has been blamed for sidelining an increasing number of potential home buyers. FHA is expected to recoup its losses this year and restore its 2 percent mandatory cash reserves cap, which Congress requires. FHA now has set a goal of expanding credit to more borrowers, including first-time home owners, The Wall Street Journal reports.

Galante spearheaded several initiatives as commissioner that she said were aimed at boosting the housing market, such as revamping the agency’s loss-mitigation programs and revising its automatic underwriting program.

In a memo in March, she wrote: “We have helped our housing market come back. Home owners’ equity is now over $10 trillion, foreclosure starts are at their lowest levels since 2005, and American families are on pace to purchase over 5 million homes this year alone.”

Galante joined FHA as its acting commissioner in July 2011 and was confirmed by the Senate in December 2012.

In January 2015, Galante will leave FHA to become a professor at the University of California, Berkeley, serving as the director of the Berkeley Program on Housing and Urban Policy and co-chair of the Fisher Center for Real Estate Policy Advisory Board.

“This is a compelling opportunity for me to continue with work I am passionate about and also return home to California,” Galante wrote in an e-mail announcing her departure.