In news from Bloomberg this morning, the risks of buying property in China are apparently far outweigh benefits. A cautionary tale about Asia real estate now, after months and months of hype directed at that market, does not shine hope on a world market clearly in stagnation. The report from Bloomberg points to the potential of bank failures in China, should large property funds default. 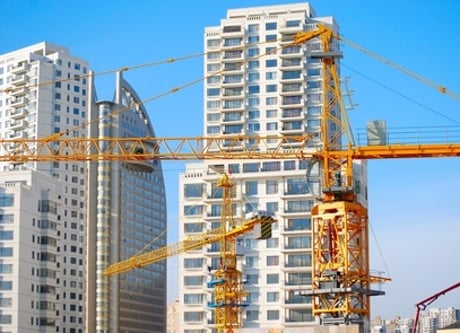 While government housing projects and other massive developments in China can help the industry there be more buoyant, officials point out that some 25 percent of China's market is in what they term a "critical stage" - and housing deals declined some 25 percent in September according to government figures. BusinessWeek reported corporate growth stagnated, mirroring the overall economic situation as it reflects upon the real estate industry too. Business Insider predicts a so called "Cold Winter" for China's housing market. They reflect Shenzhen, one of the regions hottest markets 8 months ago, having slumped some 60 + percent year on year now.

With 3,000 broker offices ready to close there, the only positive news coming out of China is that the government acting in time to prevent a total meltdown of the market there. Forbes talks about the so called China housing bubble - one which, in all frankness, resembles the American one that just flopped. The difference being there, the Chinese government has been intervening in a preventative fashion, as opposed to apathetic watchfulness as in the US case. Still, Beijing saw housing prices fall nearly 10% too, so government oversight of any sort may be too little too late.

We will continue to monitor the Asia markets, and fill you in as news arrives. For now though, a word of caution, markets across the globe affect each other in ways now very difficult to understand, let alone predict. It is clear that the supply of capital around the globe reacts sometimes dramatically to loss and gain ever acutely. We need to watch this.