It was only months ago that construction cranes were jokingly referred to as China's national bird. But not any more. After almost two decades of steadily increasing prices and relentless construction activity, China's longest running bull market appears to have ended. Prices for both older and new apartment are retreating. New housing starts plummeted almost 25% in April compared to a year ago.

Much of this decline in real estate sales is attributed to government controlled banking policies. The Peoples Bank of China has initiated a high interest rate policy that far exceeds the rate of inflation and says it intends to keep the policy in place for the foreseeable future. 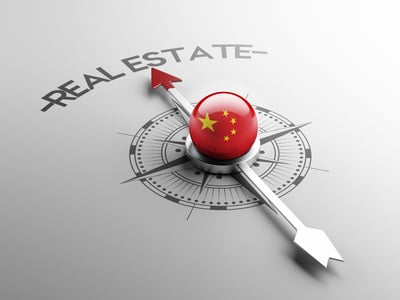 How Much Further Will the Chinese Real Estate Market Retreat?

Last year, most real estate brokers in China realized the highest commission earnings of their life times. Until recently, the affluent and those wanting to become affluent were buying and selling residential real estate in the world's most populated country on speculation. Today, the real estate brokerage telephones are eerily quiet.

The question is if the Chinese real estate bubble has popped and if it has, will it spill over into other sectors of the economy? What's important here is the fact that China is the second largest economy in the world. Second only to the U.S. When the U.S. economy went into recession along with most of the global economy, China never had a recession. While the Chinese economy did slow from a breakneck annual growth rate of almost 30% down to 10%, their economy never did shrink.

How This is Affecting Other Economic Sectors

Developers and private sellers are offering discounts to buyers that range between 20 and 40 percent. This is angering buyers who bought over the past two years to the point that the government is becoming concerned that protests could soon break out.

Another big concern for the entire Chinese economy is that other industrial sectors have invested heavily in residential real estate. It's well known that many businesses took out loans under the guise of expanding the business or upgrading equipment but actually used the funding to invest in residential real estate. With the real estate market in a sharp retreat, these businesses cannot sell at a profit nor have they used the borrowed money to expand or improve their primary businesses.