This is the worst drop in figures since 2012 when a fall of 20.9% was recorded. The figures for January and February are combined as this helps mitigate the effects of the Lunar New Year holidays. Experts expect that the real estate market in China this year will be tougher than last year due to a drop in investment. During January and February of this year, property investment growth dropped to 10.4% down from 10.5% for 2014. Property prices in China also fell in February from January but the pace of price falls did slow down which hopefully will be a sign that the market is beginning to bottom out. In addition, Beijing is increasing stimulus to help support the economy. 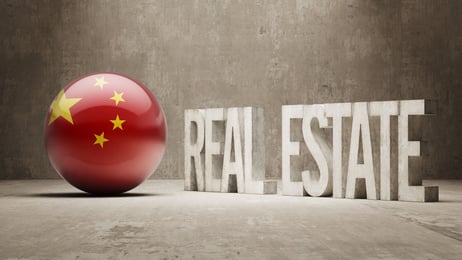 Not everyone is pessimistic about the Chinese real estate market as one developer views the second half of this year as being more positive and intends to raise prices by between 10% and 15%. In spite of this, the weakness in the property market is expected to continue through the first half of this year. New home starts saw the biggest decline since May and were down 17.7% compared to a drop of 10.7% last year.

In February, the central bank in China cut interest rates for the second time in three months as the government tries to balance an economy that has high debt levels combined with excess factory capacity. It’s hoped the interest rate cut will boost property sales and should help stabilize house prices but real estate experts think a strong recovery in this sector isn’t likely to happen anytime soon. In fact they are predicting it will take at least a year for the market to correct itself.

While property sales in China may be slowing down, wealthy Chinese buyers are still purchasing property overseas. An article in the National Post has highlighted the popularity of Vancouver in Canada. Real estate agents are seeing more interest from cash buyers coming over from mainland China, including Canadian citizens, residents and visitors. Chinese nationals have been able to apply for a 10 year, multiple entry visas since 2012 which has given them extra incentive to buy property in Canada.