Clean Energy Likely to Become More Popular in the Future

A new survey has found US homeowners view green energy as being a popular resource for the future, regardless of age or political views.

The survey was carried out by a solar installer and a marketing research firm and polled 1,400 homeowners about renewable energy and related topics. Half of those who took part in the survey thought solar energy was the most important energy source for the future of the US, regardless of where they lived. Wind energy was second with 42% of all homeowners. This was followed by natural gas at 33%, energy efficiency at 25%, oil and hydro both at 17% and nuclear power at 14%. The least popular energy sources were biofuel at 7%, coal at 8% and geothermal at 10%. 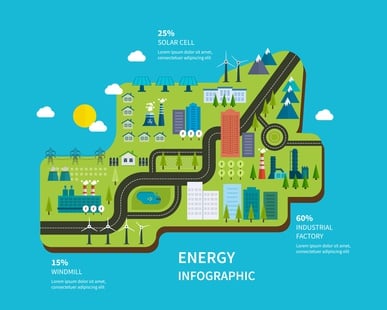 The majority of people were motivated to think about green energy because it would save money rather than reduce their environmental footprint. While 87% of those surveyed thought that renewable energy was important to the country’s energy future, 82% thought saving money was the most important factor when deciding to buy clean energy. The percentage looking to reduce their environmental footprint was just 34%.

When people were asked which energy upgrades they had planned in the coming year, LED light bulbs with the most popular at 27% and 12% were planning to install an air source heat pump. Only a very few people were prepared to spend substantial sums of money on photovoltaic panels at 6% and electric vehicles at 4%. The popularity of electric and hybrid vehicles declined compared to last year but this does coincide with the dramatic fall in oil prices. In comparison the popularity for other clean energy sources including solar power was relatively unchanged.

Other findings outlined in the article by greenbuildingadvisor.com found that although saving money was a huge motivation for people, 65% of those surveyed said they did think about or investigate the environmental impact of their buying decisions at least some of the time and three quarters were looking into ways to reduce greenhouse gas emissions.

The number of buildings being constructed that have won LEED certification reached 5,800 in 2013 which means there has been a compounded annual growth rate of 56% over the past 11 years. In the same year there were 77,000 Energy Star homes built equating to a market share of 13%.