College Grads Set to Drive Growth in Some Cities

About a quarter more young college grads live in a major metro area today than in 2000, double the percentage increase in cities’ total populations, according to a report by the City Observatory. 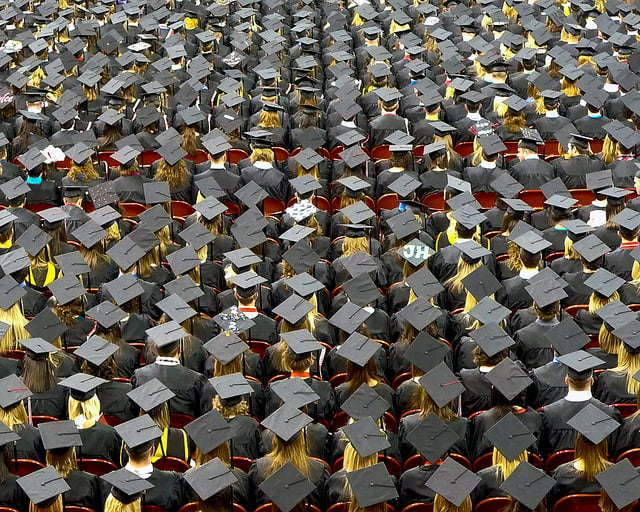 College graduates aren’t just moving on to the usual big cities, like New York, Washington, D.C., and San Francisco. Instead, the biggest magnets for college grads lately has been Houston, Denver, San Diego, Nashville, Salt Lake City, and Portland, Ore., to begin their careers, according to the report. In fact, in Denver alone, the young professional population is up 47 percent since 2000, nearly double the percentage increase in the New York metro area.

Where these young grads call home is giving a big boost to the cities' economies. “There is a very strong track record of places that attract talent becoming places of long-term success,” says Edward Glaeser, an economist at Harvard. “The most successful economic development policy is to attract and retain smart people and then get out of their way.”

The more young workers that cities can attract, the more it may foster eventual growth to their overall employment. For every college graduate who takes a job in an innovation industry, five additional jobs are eventually created in that city, such as for carpenters, doctors, architects, waiters, and teachers, suggests a study from Enrico Moretti, an economist at the University of California, Berkeley and author of The New Geography of Jobs.

“It’s a type of growth that feeds on itself — the more younger workers you have, the more companies are interested in locating their operations in that area and the more young people are going to move there,” Moretti says.