Colombia to be Memphis in May 2017 Honored Country

Memphis in May International Festival recently held the 2016 Annual Meeting at the Memphis Botanic Garden. Festival officials reviewed the results of their 40th anniversary and announced Colombia will be the 2017 honored country.

Celebrating Colombia will become the year-long focus of Memphis in May International Festival as the organization enters its 41st year. Colombia will be the fifth country from South America to be honored in the festival’s history. Colombia is known for its national parks and lush geography and it is increasingly becoming a tourist destination. It is one of just 17 mega-diverse countries in the world due to its vast biodiversity. The South American country is seen as being a natural choice for the 2017 salute, as Tennessee was the eighth highest exporting state to Colombia last year. 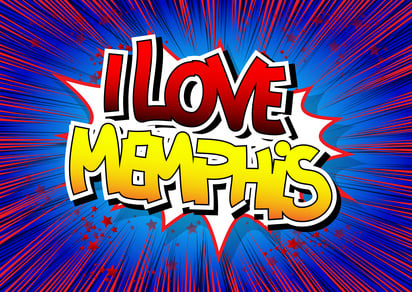 James L. Holt, president and CEO of Memphis in May International Festival said “We are excited to honor such an ethnically and biologically diverse country. Colombia has a rich and vibrant culture and is emerging as one of South America’s leading economic markets.”

Colombia has more than 46 million citizens, and is the second largest population in South America and the 28th largest in the world. It is home to the third largest Spanish-speaking population in the world after Mexico and Spain. Colombia has rich natural resources and its major exports include coal and petroleum. It also produces more emeralds than any other country on the planet and it has a vibrant floral export business. Approximately 70% of all cut flowers in the US are exported from Colombia. The country has the third largest GDP in South America and it boasts a robust free-market economy.

Every year, an advance trip to preview the honored country is organized. Next year, Memphis in May International Festival Board Chair, Bobby Gillis and James L. Holt will lead the trip to Colombia on March 4 to 11th. Anyone interested in this trip can visit the festival’s website.

The festival dates for next year have also been announced and include an extended day for the World Championship Barbecue Cooking Contest. More information about all the events can be found on the Memphis in May website.

The Tennessee Department of Tourist Development presented Memphis in May officials with a custom art piece produced locally by the Metal Museum. The artwork recognizes the organization’s significant contributions to tourism efforts. Brian Wegner, assistant commissioner of marketing, Tennessee Department of Tourist Development said “For 40 years, the Memphis in May organization has produced authentic experiences for a global audience that include the best in live music, world-renowned barbecue and international culture. Today we honor Memphis in May on this 40th Anniversary milestone, for its outstanding contributions to Tennessee tourism.” Mayor Jim Strickland, alongside Festival officials was in attendance to receive the award and to speak about the 40th anniversary and the important contributions the festival to the city.