The city of Cali in Colombia has been ranked as the top Latin American city for American investors in a new survey conducted by Live and Invest Overseas (LIOS). 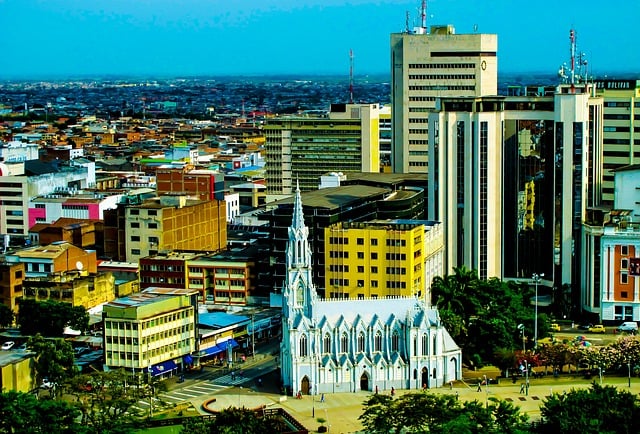 Cali was voted as the most affordable of the twenty Central and South American cities considered in LIOS survey, which calculated the costs of buying a 75 to 100 square meters two-bedroom, two-bathroom apartment in what LIOS experts felt was a good area for expats to live. LIOS chose this standard specification as it's experts consider it to be “a comfortable size for a second home abroad or a retirement residence and an ideal configuration for a rental property in most markets.”

“A strong dollar coupled with expanding middle classes in some markets and windows of crisis opportunity in others make this the best time in this decade to diversify into foreign real estate, specifically in Latin America,” said Katheleen Peddicord, author and publisher of Live and Invest Overseas.

Peddicord admitted that Cali is not normally the first destination that springs to mind when Americans consider investing in foreign real estate. However, she reassures us that “this city is hardly the bastion of violence and drug lords you might imagine.”

Indeed, Cali these days is a safe and relatively affluent city that offers diverse lifestyle options from lively downtown neighborhoods to high-end gated communities. Cali also offers a great, warm climate, with good nightlife and dining options. In addition, the city is said to be “walkable”, which means there's no need to invest in a car to live there.

Rolling up in second place is the Spanish-colonial city of Granada in Nicaragua. The city holds the distinction of being the oldest continually inhabited city in the Americas, and is today home to a very large community of expats and foreign retirees. Living options range from condos to city center colonial structures that radiate outwards from the numerous central squares that populate the city.

Back to Colombia, the city of Medellin ranks as the third best Latin American option overall. Like Cali, Medellin has suffered from its reputation as a haven for cocaine barons, but that's hardly a fair description for the city of eternal spring, which enjoys a mild, pleasant climate year due to its high elevation. The city offers numerous beautiful parks, gardens and museums for residents, and has a hip cafe culture to boot.

Of the other destinations in Latin America, Peddicord had this to say:

“We rate Ecuador, generally recognized as a top option for bargain real estate purchase in the region, as fifth most affordable among the destinations. Panama City, Panama, one of the most competitive markets considered in the survey, ranks 15th on the list of 20.”