Austria's conwert Immobilien Invest Gets Go Ahead on KWG Deal 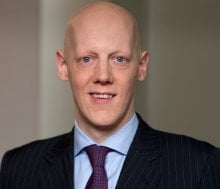 Austrian ATX-traded conwert has completed the acquisition of a majority stake of 60% in Hamburg based Municipal Housing AG (KWG). The agreement, engaged back on 21st December, 2012, has now passed the approval of antitrust authorities.

According to the news we received this morning from conwert, the transaction details suggest roughly equal parts cash and shares. The KWG - conwert deal is reportedly worth an estimated €25 to €30 million euro. Johannes Meran (at left), CEO of conwert, offered this comment:

"The transaction will strengthen our presence in Germany, increase the earning power of conwert and create the necessary conditions for our long-term asset management further."

Also via the news, KWG Board member Stavros Efremidis is to become an Executive Director with responsibility for business in Germany.

Those interested may find the original press release on the deal from conwert useful (PDF). With this deal conwert expands their portfolio in Germany to around 9,700 units with a total area of ​​605,000 m². For more information on this transaction readers may contact: