CoreLogic is warning that mortgage fraudsters have reversed their approach to one of the most traditional reverse occupancy scams in the book. In the past, one of the most popular scams for fraudsters has been to claim they intend to take owner occupancy, thus allowing them to qualify for a better interest rate with lower fees and a smaller down payment, or a higher loan amount by applying for the mortgage as an investor.

But now, some are attempting the “reverse occupancy scheme”, in which prospective home buyers say they’ll be renting out the home, though their actual intention is to occupy the property as their own home.

Willa Wei, an analyst at CoreLogic, said that by doing so fraudsters are able to claim their “expected” rental income in order to satisfy the debt/income requirement of their mortgage application.

Wei said cities where home prices and rents have appreciated quickly have seen a large number of such reverse occupancy schemes. These include New York City, which has the highest reverse occupancy risk of any U.S. metro, Wei claims, followed by Los Angeles, Chicago, Dallas and Houston. “New York is a hot spot considering both percentage and volume,” CoreLogic’s Wei said.

For lenders, combating mortgage fraud is a big challenge, Wei said. That’s because fraud “morphs from one scheme to another depending on changing local economic and real estate market conditions and government programs.”

CoreLogic has created a heat map of the cities that have the highest risk of reverse occupancy fraud. 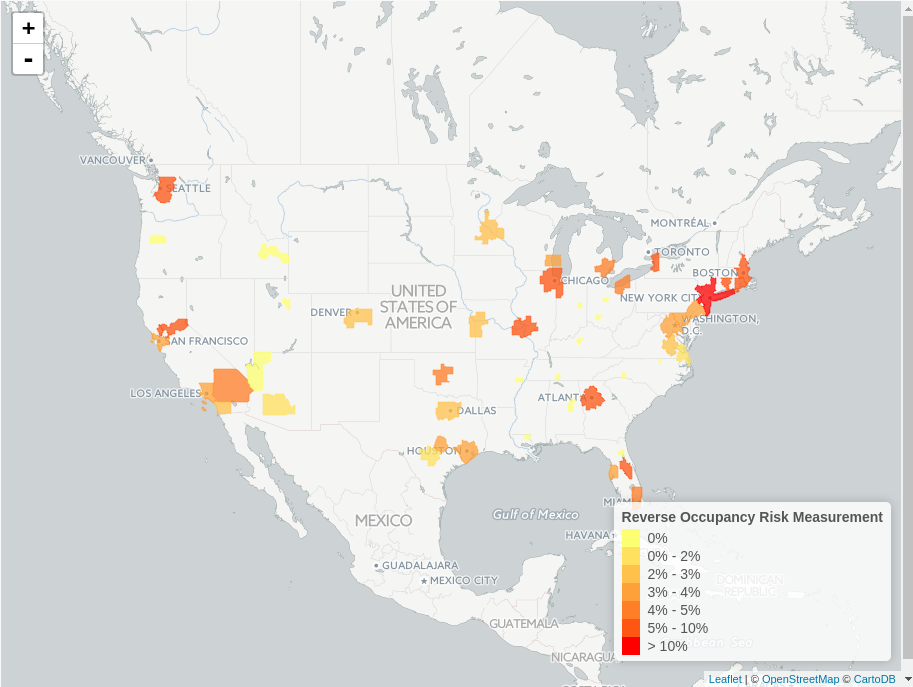