In the past the trend was for developers to build huge luxury homes, often dubbed McMansions, but all that changed with the recession, and the average size of a new single-family home was 2135 ft.². Things began to change it again last year when sizes of single-family homes increased to 2598 ft.² as builders once again looked to cater for those looking for luxury homes.

However some experts think this trend will not continue, and that it’s possible the next generation of homebuyers will reverse this trend. This is because this particular generation is already used to living in smaller homes as apartment sizes have been steadily shrinking over the past few years. Back in 2000 the average new build apartment was approximately 1000 ft.², but just 10 years later this average had shrunk to 976 ft.² and there is an increasing trend for much smaller or micro apartments which can be as little as 250 ft.². 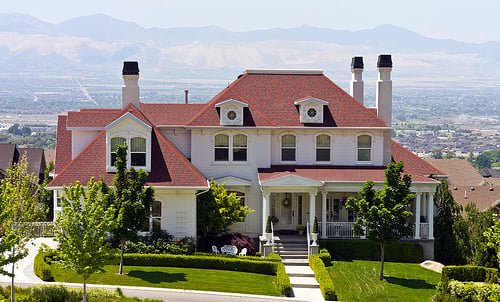 In fact some housing surveys have shown millennials tend to have a preference for smaller living spaces, and it’s likely this will influence the design of homes in the future. Already this generation has shown they’d rather sacrifice living space in order to be closer to certain amenities or to live in a particular location. Developers have responded to this trend by incorporating beautiful community areas into developments.

While some people think millennials will be content to live in smaller homes, the article in Realtor.org  points out that not everyone believes in this view, particularly as this generation ages and sees the need for increased space both within and outside the home to accommodate their growing family. At this stage they are likely to be more interested in the availability of good schools in the suburbs as opposed to living in cramped conditions in the middle of a city. Even though this generation might currently be used to living in smaller homes, children have a tendency to change everything.

Even so, some designers think this generation’s preference for living in more compact homes will eventually influence designs of single-family homes and that they’ll choose more compact and efficient homes compared to the McMansions that used to be so popular. Nowadays architects are choosing to design more flexible living spaces, and open floor plans help make the most of available square footage. Other designers are looking to make the most of outdoor spaces, offering access from far more rooms than before, or even using the rooftop as a terrace.