More than 50 female real estate professionals in San Antonio, Texas, have reported that they’ve received disturbing phone calls and text messages from a man who says he’s interested in real estate but then often wants to talk about the agents’ personal lives and makes lewd and suggestive remarks. 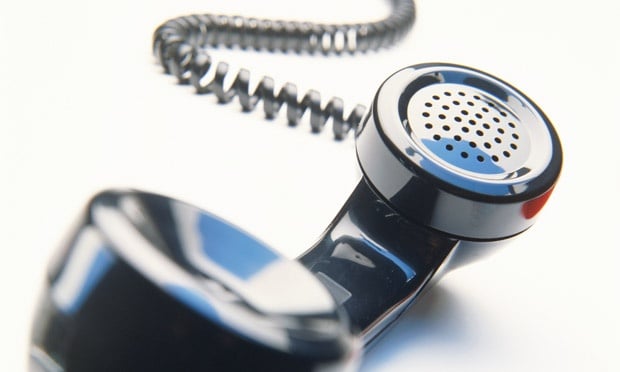 The San Antonio Board of Realtors has issued a warning to its members to be on alert. The man is believed to be located in the Boerne area, and goes by the first name of Michael and is located in the Boerne area with a phone number area code of 210. The calls have been made during all hours and he has been leaving strange messages asking female agents to meet with him and has also sent photos of himself to the agents.

One agent, who wished to be kept unidentified, told ABC KSA-12 News that she’s been receiving phone calls from the man since April.

“He asked for all my personal identification through Facebook, and then started calling and texting,” the agent said. “Last time, he called me and I answered, it was ‘You’re pretty, we need to get together.’ … It’s creepy because he names people I know, he knows things about me that have probably taken some work, like my maiden name, stuff like that. He name drops people that I know and I know well, that work in the industry too. So I started contacting them and they’re like ‘Oh my gosh,’ and that’s when it all blew up. That’s when we realized there were so many of us.”

Other real estate professionals have also reported receiving graphic, pornographic pictures from the man. If the real estate agent has a boyfriend or husband pick up the phone on her behalf, the man on the other line will get “very aggressive and very threatening,” they say.

Police say they believe the man may be the same person they’ve arrested in the past for similar phone harassment of businesswomen in the local area.

"This guy isn't a stranger to police, we have investigated him in the past,” says Doug Greene, San Antonio police officer. “Now that he's out [of jail] it looks like he's back to his ways of harassing these victims. We're encouraging if there are any victims to please reach out to us."

Missy Stagers, past chairman at the San Antonio Board of Realtors, said that the association is urging female real estate professionals to be extra vigilant and take steps to keep themselves safe when working with homebuyers they do not know.

"We as agents have to take precautions and make sure that we have a buddy system or that somebody knows where we're going," Stagers says. "Most importantly, go by those gut instincts, if something feels off, you might want to listen to that because we don't know who they are."

The real estate industry has been calling for greater awareness on agent safety in the wake of the murder of an Arkansas real estate agent Beverly Carter this past fall. Realtor associations, along with the National Association of Realtors, have been reaching out to members to remind agents that their work can be dangerous and to take extra precautions when meeting with strangers and showing homes.