There is a lot of pent up desire with some American investors to quickly jump into the Cuban real estate market. Now that U.S. - Cuban relations are beginning to be normalized, the thought of inexpensive beachfront property on the island bordering the Caribbean is an opportunity appealing to many. However, there are still many hurdles that will likely take years to overcome before Cuba becomes a safe investment.

First, the economy is still back in the 1950-60 era. Under the still communist government, it has only been a few years since Cubans have even been able to buy and sell property. Until recently (2011), they have only been allowed to trade property. Another major question that needs to be answered is what will happen with property previously owned by Americans, American corporations, and other foreign investors before the Castro government nationalized it? Who owns it now and will it revert to its previous owners? The value of that property is estimated at $8 billion and the previous owners are certainly going to want it back. 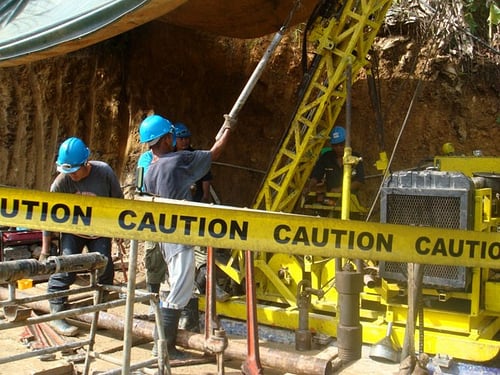 While diplomatic relations with Cuba are beginning to happen it's important to keep in mind that the economic sanctions by the US on Cuba are still in place because that takes congressional action to lift. Also, the next president has the option of reversing what Obama has started.

The Cuban Real Estate Industry is Behind the Times

Approximately 50 percent of real estate sales in Cuba are completed without a real estate agent being involved. The internet is mostly unheard of in Cuba, meaning there is no effective MLS in place to list or search for properties. Financially, there is no mortgage industry in Cuba. Currently, all real estate transactions are 100 percent cash deals. Americans are not likely to find U.S. based financing sources until most of the risks are removed.

One reason the Cuban market is limited to only nationals owning property is because opening this antiquated system to foreign ownership would create chaos in a system that is still back in the 1950s. Changes to the system are almost certainly coming. Based on the fact that the government remains communist and the current system is so far in the past, no one knows what the changes could mean to foreign investors in the future.

One important sector of the Cuban real estate market that investors should keep a close eye on is in development of new buildings. If the market opens to American tourists, as it appears it will, the hotel, entertainment, and entire tourism industry is in serious need of development. New buildings and major renovations are going to be needed for the small country stuck back in the 1950s.

Cuba does offer the potential for great investment opportunities but these are probably a few years in the future. Because it does remain a communist government, it's wise to look at how other communist governments have or have not opened up capitalistic real estate systems. Russia and North Korea are the best examples of where Americans can't invest effectively today. However, China in particular and Vietnam as another example are places that Americans have had great success investing in communist real estate. Cuba appears to have serious potential going forward but it will likely take several years before enough infrastructure improvements take place to reduce what are very serious risks today.