At $10,300 per square foot, one of Los Angeles’ priciest pieces of real estate is not a home — but a cemetery plot. 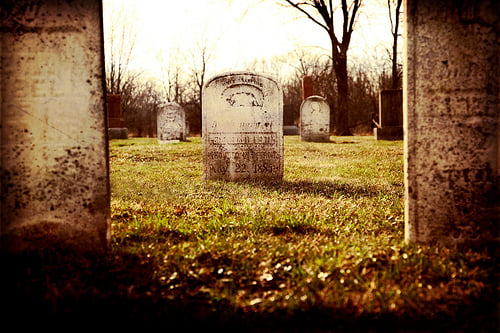 “It’s a deal at $699,000,” says Tom Gregory, the current owner of a cemetery plot that he is trying to sell, to CNBC News. The plot of land, which can hold up to four burials, is pricey because of its location inside the Westwood Village Memorial Park Cemetery. It’s only a few yards from Marilyn Monroe’s gravesite, and a popular site among visitors. The cemetery is also the final resting place of other well-known names, such as Farrah Fawcett, Truman Capote, Dan Martin, Natalie Wood, and Jack Lemmon.

Gregory purchased the cemetery site a decade ago for $350,000. He’s decided to sell the it for double what he paid for it.

"I had a friend who passed away, and no one told me, so I said, 'Where is Juan?'" After being told his friend's ashes had been scattered, Gregory decided he wanted his remains to be in a place where friends could visit.

"At the time, I was with someone who is still a very big community leader, and I thought this was a significant cemetery for he and I to be interred in," Gregory said. At first, his partner suggested a place closer to the cemetery's chapel, but Gregory didn't like the neighborhood. "I didn't recognize any names. Some of them, they just looked distracting to me."

Then he discovered that a so-called "bench estate" was available at the highest point of the cemetery near Marilyn Monroe. It was more expensive, but Gregory figured it was worth it. "I can't imagine being lonely for all eternity," he said. "I like people around, and this (area) gets a constant flow of people."

“I don’t need to sell it, but I’ve been renovating a house, and it sure would be nice to sell it,” says Gregory, who now is considering the possibility of being buried in New York next to Joan Crawford’s gravesite.

Gregory’s asking price may actually be a bargain when compared to a 2009 sale of a plot sold above Marilyn Monroe’s crypt for a reported $4.6 million on eBay.

"It's real estate, it's not a condo," Gregory says about the plot. “And if you average the cost of this plot over eternity, it's virtually free."