As the housing market recovers it looks as if the demand for enormous luxury homes is returning. According to the article in the NYTimes.com, the market for these types of homes declined after the recession.

Figures from the National Association of Realtors showed that by July 2008 the number of homes selling for between three quarters of a million dollars and $1 million dropped by more than a third compared to July 2007. The number of properties selling in excess of $1 million fell by 31.4%. Even though the subsequent housing recovery has been slow it looks as if buyers still have an appetite for luxury homes. In July last year sales of properties costing in excess of $1 million increased by 46.6% compared to July 2012. In addition to luxury, buyers are also demanding bigger sized properties. In 2007 the median size of new property reached a peak of 2295 ft.² declining to 2159 ft.² just two years later once the housing crisis took hold.

However in 2012 the size of new properties reached a new high of 2384 ft.². According to figures from the National Association of Home Builders, buyers are also demanding more bedrooms with 41% of new homes having four or more bedrooms compared to 34% in 2009.

Experts point out that today's luxury housing market is being driven by buyers wanting to move up and who have high incomes and secure jobs which is giving them the ability to buy whatever they want. Toll Brothers is benefiting from this increase in demand as it caters towards this market. In December 2013 revenue for the company was up 65% for its fiscal fourth quarter compared to the same quarter in 2012. The average price for its homes had also increased by 21% for the same period. Apparently features that help a home to sell well include a huge master suite and a big kitchen which is a very similar situation to before the recession hit. 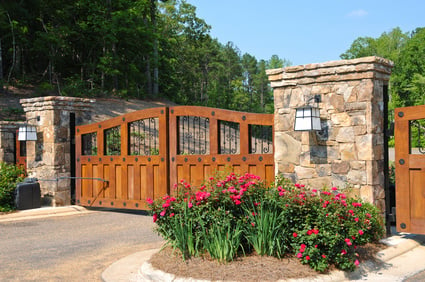 During the recession fewer buyers were prepared to spend money on upgrades, but since the market has begun to recover Toll Brothers is seeing an increase in people wanting additional options. Last year buyers purchasing Toll Brothers homes spent 20.7% above the base price on options. This is slightly more than they did at the peak of the market in 2007 and is an increase of 2% compared to the previous year.

While affluent buyers might be spending more on their homes the lower end of the market is slowing as applications for homes worth less than $150,000 fell by 0.6% between August 2012 and August 2013.