Developers hedging their bets on 'tiny apartments' for 20-somethings

Builders are betting on the appeal of so-called "Tiny Apartments" among the twenty-something crowd, and have begun ramping up construction of the smaller studio apartments of 350 square feet or less in anticipation of demand. 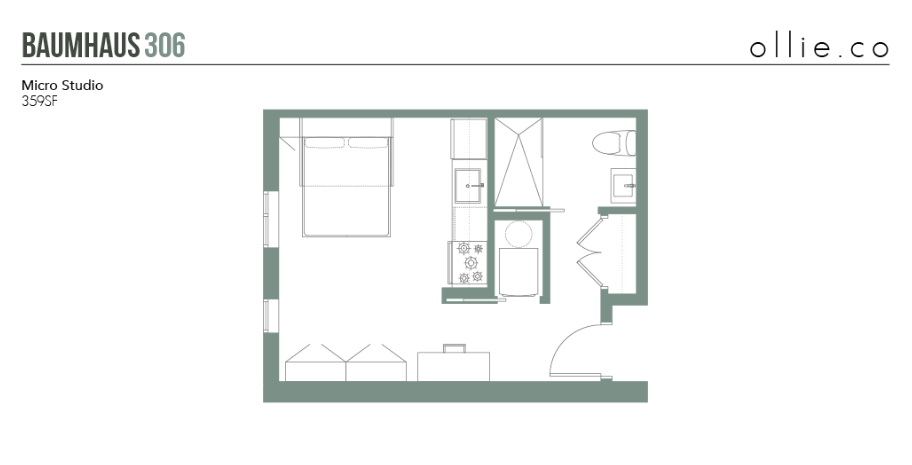 The trend is being driven in part by skyrocketing rents in coastal cities. With rents in such cities affordable to so many, developers have responded with much smaller and consequently, much less expensive apartments in those areas. However, in recent months they've come to realize that some renters are happy to pay a premium for such dwellings even in cooler rental markets like Milwaukee, Cleveland, Detroit, and Kansas City, Mo.

The Wall Street Journal reports that these micro apartments generally come fully furnished and with amenities including a maid service. Most have common spaces such as community gardens too, in order to foster a sense of community in the apartments.

One example of these micro apartments is the Ollie at Baumhaus building in Pittsburgh, which has tiny studios available at $1,500 per month. Living space is tight, so much so that the couch doubles as a bed. However the average monthly rent for an apartment in Pittsburgh is just $970 a month, which means renters will be paying a premium to live there. Ollie at Baumhaus will open this June, and also features three-bedroom apartments aimed at roomates who wish to share.

“Young people today seem to be able to group together,” said John Hoffman, a partner at UC-B Properties, which is developing a 50-unit building in Kansas City, Mo., that will offer 300-square-foot flats that can be shared with a roommate. Hoffman says the units are modeled after a cruise ship cabin.