Does the Internet of Things spell the end for real estate agents?

We're in the midst of a revolution. A technology revolution gaining pace by the day. The Internet of Things (IoT) has already entered the popular lexicon and heralds an age driven by smart data. But what is it? 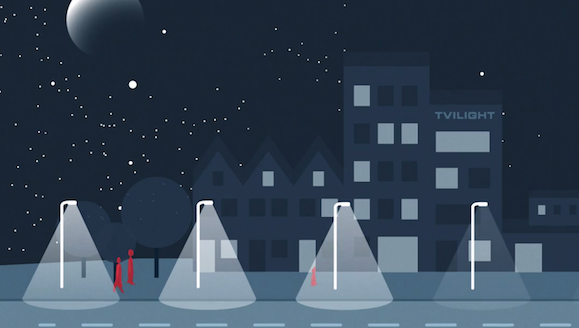 Internet of Things is the name given to everyday objects which have internet connectivity. These objects, a toaster for example, can send data to other devices over a network. An illustration of this would be a smartphone sending signals to turn on the lights and boil the kettle when the electronic gates to the drive open.

Although the IoT is in its infancy the benefits it would bring to homeowners are already apparent. Smart use of electrical appliances, for example syncing washing machine use with the availability of cheap electricity, would increase efficiency and save money. But what affect will IoT have on real estate agents?

If a 2013 study by Oxford University professors Carl Frey and Michael Osborne is to be believed the future is bleak. According to the professors, of the jobs most likely to disappear because of IoT automation, the real estate agent is riding high in the top ten. But the truth is, far from this dystopian view of the real estate agency, the IoT could have a highly positive impact on the industry.

The facet of IoT most appropriate to real estate agents is the Bluetooth beacons which transmit data to receptors and some US firms are already experimenting with Apple's iBeacon technology. A receptor is typically a smartphone running an app set up to receive pushed data. The practical applications of this are virtually limitless.

Potential buyers with an agent’s app on their phone could automatically receive details of listed properties when they are within a specified distance of the house. Or, when looking at an agent’s window display, videos of a property can be pushed to the viewer’s phone on demand. Think of IoT as a super-charged QR code. IoT could even schedule viewings by syncing, buyer’s, seller’s and agent’s diaries.

"An IoT equipped home could itself take the place of a human agent. It can schedule showings because it will ‘know’ when the owners will be out of the house,” said Bill Yaman of Imprev.

IoT can also revolutionize the viewing experience. Buyers will be able to access videos, floor plans, and stats as they enter each room even virtually changing the color scheme or positioning their own furniture.

Agents will be able to analyze data from each visit. How long did viewers stay in each room? Which photos did they look at? Which videos did they view? Essential data when reviewing a properties marketing.

Apart from its impact on marketing IoT could even drive up the value of a property. Data collected from smart thermostats could be used to demonstrate the energy efficiency of the home, adding a premium to the price of a property compared to non-IoT equipped houses.

All this, of course, relies on us being willing to share and receive data. There are plenty of legitimate privacy and security issues surrounding the Internet of Things in its current form but, with so many potential benefits, IoT technology can be a real help to estate agents.

“We are entering a phase where technology is becoming more human and the internet more hidden with information better organised for our convenience,” said Asa Bentley, Managing Director at Makeurmove. “The future of real estate agency holds the key to a property experience that is more engaging and enjoyable. Now is an exciting time be alive."