Don't Blame The Millenials For Slowing Down Real Estate

It's not news that Millennials are delaying home ownership — but they aren't the group lagging behind the most in the real estate market.

Young people still express strong desire to be home owners, despite facing "significant" headwinds and demographic changes that are causing them to delay owning, according to a new Trulia report released Wednesday. However, middle-aged Americans 35 to 54 years old are having a far tougher time bouncing back in the market, the report says. 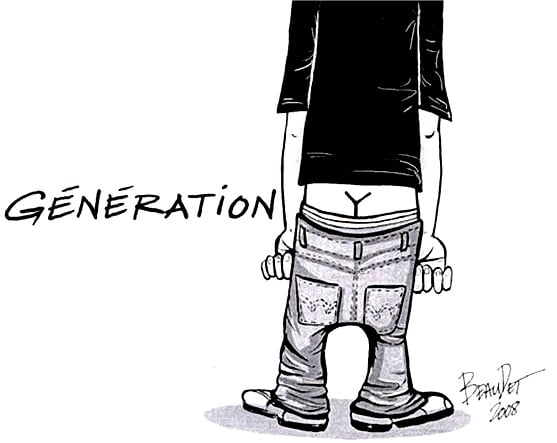 Middle-aged people have the lowest home ownership rate since 1976, the report notes, explaining that many Americans in that age group had purchased a home during the housing bubble at inflated prices and possibly with risky loans. But since the crash and foreclosure crisis, they may be experiencing trouble becoming home owners again, the study suggests.

As for younger Americans, they're attending college and graduate school, as well as delaying marriage, which is causing them to settle down later than previous generations. Just 30 percent of 18- to 34-year-olds are married, down from 47 percent in 1983, according to Census figures. In that age group, only 29 percent have children compared with 39 percent three decades ago.

Lawrence Yun, chief economist for the National Association of Realtors, says Millennials are delaying their home purchase due to a sluggish economic recovery. "It's principally the economic factors: jobs and student debt," Yun says. He notes that the major challenge for Millennials is saving for a down payment while earning modest wages and repaying student loans.

The number of first-time home buyers in May reached near-record lows at 27 percent, NAR reported. The historic average for first-time buyers is 40 percent.

But Yun is confident that once the economy bounces back, Millennials will enter the housing market in higher numbers.

Plus, the Trulia study notes that after adjusting for population shifts, people under the age of 35 who own homes is about the same as it was in 1997 — right on target compared to previous generations.