Ending The Crisis: Foreclosures Condemn All The Properties

This sounds very similar to Shakespeare’s famous quote from Henry The Sixth, “The first thing we do, let's kill all the lawyers.”  However there is some serious merit behind this concept being put forth by a west coast mortgage firm.

The basic idea is to keep people in their homes but use the government power of eminent domain to condemn the properties.  Once the properties are condemned then it will be easier for borrowers who are upside down on their mortgages to restructure their loans with a new lender based on what their properties are actually worth instead of what their original loan amount was. 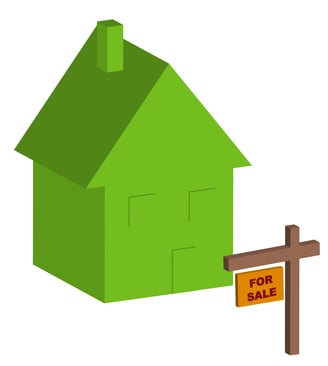 This proposal is being pushed forward in states hit the hardest by the foreclosure crisis like California, Nevada and Florida.  San Francisco-based Mortgage Resolution Partners says condemning underwater loans and taking the ability to modify them away from the private lenders and bondholders is "the only practical way to modify mortgages on a large enough scale to solve the housing crisis."

The concept of eminent domain is nothing new and has been around for hundreds of years.  It allows the government to seize private land for the good of the community.  It can do so for any number of reasons such as the property is a hazard to the community, is in someway dangerous, is part of an urban renewal project or if it is just in the way of a planned bridge or highway.  Eminent domain has been well supported in the courts and there are several legal precedents that could support this concept.  However in this case it would definitely be controversial since eminent domain has never been used to take  mortgages away from financial institutions and private lenders.

In their proposal, Mortgage Resolution Partners wants to find institutional investors that will work with local governments by providing billions of dollars to pay for the condemnation process so the tax payer will not have to foot the bill for the legal costs involved in such a widespread use of eminent domain.  The government would then take title to the loans and pay the private investors off based on what they consider to be fair market value also using the money put up by these institutional investors.

These new loans would be restructured so as to allow homeowners in distress to reduce their payments to an amount they could actually afford.  The plan then is to sell these restructured loans to hedge funds, pension plans and the like in order to raise the capital needed to pay back the institutional investors who financed the project.  Mortgage Resolution Partners would act similar to a mortgage broker on all of these new loans and collect a fee.

"We are intrigued," said Gregory Devereaux, chief executive of San Bernardino County, which is east of Los Angeles and has one of the highest unemployment rates in the state. "Our economy in this county can't be turned around until a large proportion of the mortgage crisis has been addressed."

"The private sector provides all the financing and all the risk with this program," said Steven Gluckstern, the firm's chairman and a former money manager and former owner of New York Islanders hockey team. "We have watched state (and) national government try to fix this and it hasn't worked."

While this whole concept sounds promising the reality of the situation is the lenders involved who would be getting paid far less than the amounts they are owed would fight this use of the eminent domain power in court.  Their argument would be the power was never intended to be used for this purpose and to do so would go beyond the scope of the legislative intent behind the creation of eminent domain.

The entire process could be an exercise in futility since the lenders involved could potentially delay this matter in the courts so long that the foreclosure crisis will have solved itself by the time a decision on the legality of using eminent domain in this way is reached.

Daniel Doran
Daniel Doran is a 20+ year veteran in the real estate industry. He is a previous owner of a law firm, mortgage and title company. Daniel has also written several books on mortgage modification, short sales and real estate investing. He currently specializes in Commercial Finance and Real Estate Development and is a graduate of Manhattanville College and Brooklyn Law School. You can contact Dan at Buildings By Owner

One comment on “Ending The Crisis: Foreclosures Condemn All The Properties”