Fewer Buyers See Marriage as Necessary to Getting a Mortgage

Twenty years ago real estate agents would have seen a large number of young couples who were married with perhaps one or two children. But today those agents are more likely to see older buyers, possibly with kids and a lot fewer will be wearing wedding rings.

Quite often those looking to buy a property will have been divorced and are now buying as partners, or perhaps one person will be buying and the other is putting in some money. In addition, there is a whole generation of people who are getting married later on or choosing not to marry at all. As such they no longer see marriage as being necessary to getting a mortgage. 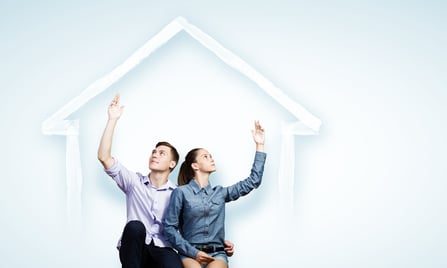 Nowadays unmarried couples, roommates buying a property together, or same-sex partners are accounting for a larger portion of the property market. At the same time the decline in the numbers of younger married buyers is almost completely made up for by an increase in numbers of unmarried couples who are purchasing a home. This means the percentage of two adult households isn’t actually declining, as unmarried couples are much more likely to buy a property than a single person and as such they are acting in a way that is similar to a married couple.

Some unmarried couples are choosing to spend their savings on a down payment on the property rather than a big wedding. Apparently the average wedding and honeymoon now costs around $35,000 which will be a sizable down payment for many would-be homeowners.

This doesn’t mean that single people aren’t buying property as many take the attitude that if marriage happens then that’s great, but it’s more important to purchase a home on your own and to have that kind of security. For others, even if they are part of a couple, home ownership is a long way in the future. Rising property prices combined with student debt are still forcing some to postpone their property buying plans.

This can be particularly true in more expensive areas of the country, as for example in Southern California the number of homes sold last November declined 9.8% for the year. This was its lowest level since 2011 and was far below the long-term averages. This is in spite of an improving economy and near record low interest rates. According to an article in RisMedia, just 48.7% of households in California were headed by married couples in 2013. In 2000 this figure was 51.1%, a difference that equates to more than 300,000 households.