Foreclosure starts and foreclosure saw a significant jump last January, rising by 28% and 29% respectively on the previous month’s totals, according to the Lender Processing Services’ (LPS) latest available data. 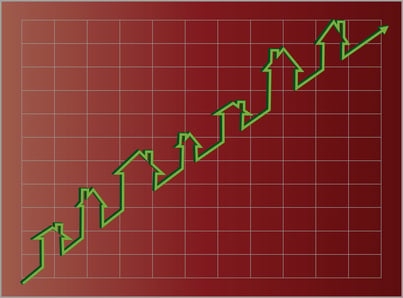 Experts are taking the rise in foreclosures as a clear sign that markets are starting to work through the backlog caused by lender abuses earlier in the housing crisis. Getting through this backlog is seen as a vital step if real estate markets are to recover from the slump, according to AOL Real Estate.

Discussing the latest stats from their monthly Mortgage Monitor Report, an LPS spokesperson told AOL Real Estate that the spike seen in foreclosure starts and sales is clearly a shift in the right direction:

We could be seeing the beginning of something, and we should most certainly be keeping our eyes on this over the next few months,” she revealed.

Even so, LPS figures do look a tad optimistic compared to other sets of data. RealtyTrac, who also report foreclosure data regularly, also said that foreclosure filings were on the rise, but only by 3% in January.

RealtyTrac CEO Brandon Moore stated that he also believed that foreclosures were beginning to get back on track, although he said that some areas of the country were moving faster than others:

"We continue to see signs on a local and regional level that the frozen-up foreclosure process is beginning to thaw,” he said about RealtyTrac’s latest reports.

In other news, LPS reported that Nevada and Florida were still topping the list of the nation’s foreclosure hot spots, leading the way in volume of seriously delinquent mortgages, closely followed by the states of Arizona, Georgia and Mississippi.