By Mike Wheatley | May 26, 2013
TwitterFacebookLinkedIn3BufferPinterestCopyReddit
3
SHARES

Last week, The Wall Street Journal published a detailed report on the current state of housing in the US, noting that existing home sales rose by just 0.6% in April, compared to the month before. This statistic seems unremarkable, yet it understates just how solid things are looking at the moment. 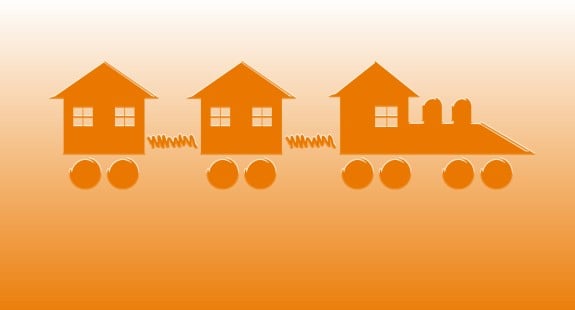 Looking back to last year, home sales have now increased by 9.7% to an annual rate of 4.97 million, which is the highest level seen since November 2009, according to the National Association of Realtors (NAR). But that's just one encouraging sign from last week's report, and there are plenty more to suggest that housing is making nice progress, thank you very much.

Sales are up from last year's level, despite there being a significantly lower inventory at the moment. The WSJ reports that there were 2.16 million existing homes listed for sale at the end of April, 13.6% less than April 2012. Even so, sales haven't slowed down as one might think, in part due to the record low interest rates banks are offering right now. These interest rates allows buyers to swallow the house price increases over the last year, without seeing any significant increase in mortgage repayments.

Non-distressed home sales are picking up. According to the WSJ, foreclosures and short sales accounted for 18% of all sales in April, down from 28% the year before. Some real estate watchers will be surprised, but the reduced availability of distressed homes hasn't yet led to a decline in sales, which can only mean one thing – buyers are increasingly targeting non-distressed properties.

Listings jumped last month. As all good real estate agents will know, spring marks the start of the hectic buying season, and so the 11.9% rise in the number of homes for sale probably doesn't come as a surprise. However, even after taking seasonal factors into account, inventories rose by 1.8%, according to Trulia's chief economist Jed Kolko. Altogether, inventories are up by 4.8% in 2013.

If inventories continue to rise it'll be extremely good for US housing markets. Agents have been saying for months now that sales volume has been limited due to lack of supply. Indeed, this lack of inventory is one of the biggest reasons for the 10% rise in home prices since this time last year. So long as inventories keep rising as they have been doing, we'll eventually see this price rally slow down somewhat, thus boosting sales and restoring 'balance' to the market.

Homes are being snapped up faster. In fact, they're selling like the proverbial hot cake right now, almost twice as quickly as one year ago. The average home was sold within just 46 days last month, compared to an average of 83 days on the market one year ago, according to the NAR.