By Mike Wheatley | May 8, 2018
TwitterFacebookLinkedIn7BufferPinterestCopyReddit
7
SHARES

Freddie Mac is launching a new initiative that will see it provide low-cost loans to owners of multifamily properties in order to help them keep their rents affordable for middle class families. 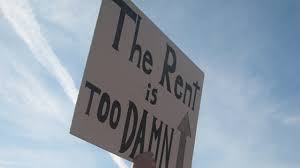 The plan will see landlords receive lower interest rates, but only if they agree to make most of their units priced at an affordable rate for tenants who earn 80 percent or less of the area’s median income. The rules stipulate that landlords must ensure their properties remain affordable for the full duration of their loan, which lasts around a decade on average.

“The supply of workforce housing is rapidly declining,” David Brickman, an executive vice president at Freddie Mac and head of its multifamily division, said in a statement. “There is an urgent need to preserve what’s there and find ways that you can effectively create more.”

Freddie says it will back a total of $500 million in loans to the Bridge Investment Group, which is a landlord with a portfolio of more than 30,000 apartments across the U.S. Bridge says it’s identified 38 metro areas in the U.S. that are ready for this kind of investment.

“Players have raised rents to justify returns, and many residents have been priced out of central areas,” Inna Khidekel, managing director of the capital markets group at the Bridge Investment Group, told The Wall Street Journal.

Khidekel added that a growing number of suburban areas are at risk of no longer being affordable, too. More than 60 percent of renters in the U.S. earn less than 80 percent of their area’s median income, according to Bridge.

Freddie Mac’s initiative will help the GSE meet a mandate from the Federal Housing Finance Agency to grow its lending arm to more underserved communities. Freddie backs loans for purchases of existing buildings; it does not make development loans.

About two-thirds of the $73 billion of multifamily loans that Freddie purchased in 2017 went to apartments affordable to households earning less than 80 percent of their area’s median income, the Journal reports. However, that is down from three-quarters of its loans that were allocated to such units in 2013.