Real Estate Marketing & Beyond
Home » World Real Estate » International » How to Decorate Your Home for Xmas Like a German
Double-click to edit button text.
X

How to Decorate Your Home for Xmas Like a German

Christmas is the most beautiful and popular festival of the year - also in Germany. In the pre-Christmas season, the entire house gets decorated: Santa Clause is climbing up the facades, reindeer are standing on rooftops with the sleighs, and snowmen light up front gardens. Some homes are true Christmas wonderlands – and fans of the season pilgrimage to them every year to admire the colorful decorations.

Warm fairy lights, bright Christmas stars, and candle arches from the Ore Mountains illuminate the windows. They create an enchanting atmosphere before Christmas to dispel December’s frost and gray.

Germans usually arrange the Nativity scene in their living rooms, decorating the dining tables with Advent wreaths. Then, they hang advent calendars in the children's rooms, and close to December 25, they bring in the fragrant Christmas trees.

These things are staples in German households during Christmas time – when decorations range from classic to regional treasures and modern accessories.

The nativity scene is a religious representation of the Christmas story with the stable where Jesus Christ was placed after birth. Besides the newborn, there are figures of Mary and Joseph, the Three Wise Men from the Orient (Magi),  the Angel of the Annunciation, and an ox and a donkey. Valuable nativity sets are often passed on from generation to generation. Such old treasures typically contain a small light operated by a battery, whereas LED lights can brightly light modern variations.

The Evangelical Lutheran theologian Johann Hinrich - also known as the founder of the Evangelical Diaconia - introduced the Advent wreath in 1839 in northern Germany (back then dominated by Protestants) - to bring joy to street children. However, it took around a century for the Advent wreath to find its way into Catholic regions. The typical German Christmas Advent wreath is a table or hanging decoration made of fir branches and various decorations. The authentic ones have four candles traditionally lit each Sunday in Advent.

An angel announced the birth of Christ - and it is impossible to imagine Christmas decorations without angels. They are available in all sizes and variations, made of wood, porcelain, or fabric. For setting up, for hanging up, for crafting. With or without lights. Some move their wings, some move their heads, too. However, the classic Christmas angels are small wooden figures that play an instrument and join together to form a whole Christmas orchestra. With a small ribbon, they can also be found on typical German Christmas trees.

The star of Bethlehem led the Three Wise Men from the Orient to the birthplace of Jesus. So stars are indelibly linked to the Christmas story and thus are a symbol directly referencing Christianity. Similar to the Christmas angel, they belong to the most important German Christmas decorations. You will notice stars in fairy lights, window decorations, or at the top of the Christmas trees (found in Germany more frequently than angels or other tree toppers).  However, did you know that Jesus is both man and God? You may read this bible verses 2 5 8 philippians to learn more!

The oldest evidence of Christmas trees goes back to the 16th century. Originally it represented the apple tree in paradise, the forbidden fruits that led to the fall of Adam and Eve. As a reminder, this biblical event was depicted year after year on December 24th – and therefore, an evergreen tree - the fir tree - served the purpose. After December 24th became increasingly important as Christmas Eve, the former paradise tree quickly became the Christmas tree.

The Christmas tree should not be missing from any German household – only the day people choose to decorate it varies from family to family. While some people prefer to bring the Christmas tree into their homes as early as Advent, it is a tradition in other families to put the tree up on the morning of December 24th and decorate it with fairy lights, candles, Christmas baubles, and figurines. The gifts can then be found under the tree on Christmas Eve: this is a custom spread in German-speaking countries worldwide since the 19th century.

Candle arches – widely known as “Schwibbögen” – are integral to Ore Mountain folk art. This is an arc of light, the name of which has probably derived from the so-called "Schwebebogen” (floating arch) in architecture. The body usually shows Christmas motifs, from religious to typical Christmas symbols such as angels, nutcrackers, or rocking horses.

7. Incense smokers from the Ore Mountains

Incense smokers (known in the USA as incense burners) – are mentioned as an invention of the toymakers in the 1830s – and they make up the Ore Mountains folk art to this day. They consist of an upper hollowed half and a lower half serving as a kind of plate for the incense candle. After the incense candle has been lit, the upper half is put back on the lower part. The candle burns down slowly inside; the smoke rises and then pours out of the mouth, which has a small pipe in it. The cone-shaped incense candles are available at every Christmas market and in all imaginable scents - from pine to vanilla or cinnamon and many many more.

8. Nutcrackers from the Ore Mountains

And another Christmas decoration from the Ore Mountains - or not? There is evidence that the first nutcrackers were made in Berchtesgaden in the 17th century and found their way into the Ore Mountains before the second half of the 19th century. However, the Ore Mountains could well be called the cradle of today's nutcrackers: the traditional artifacts are made of spruce or beech wood. But they are more than just a decoration because they use lever technology to crack every nut put into their mouth.

9. Christmas baubles from the glass city of Lauscha

In 1847 – as it is written – a poor glassblower in Lauscha, Thuringia, had the idea of ​​blowing Christmas balls out of glass and painting them with Christmas motifs. A creation born out of necessity pioneered a new industry and still shapes the life of Lauscha today. Christmas baubles of all shapes and sizes and filigree glass figurines produced here are invaluable traditional handicrafts.

Candles still belong to the most popular Christmas decorations, but the fire risk, especially in the Christmas tree, should not be underestimated. Therefore they had to give way to electric fairy lights for several decades now – and today, those early bulbs are replaced by LEDs.

Light curtains on windows and doors, exterior decorations on facades, balconies, and roofs rely more and more on LED lights, as these stay cool, minimize the risk of fire, and save electricity. The color is determined by personal preference: cold white, warm white, or colorful. Flashing, running, or with automatic color change. You’ll see them as simple diodes or disguised as stars, snowflakes, or icicles.

Christmas is a celebration of love and warmth. So there is no room for cool, unadorned designs? Not necessarily. Not every family feels comfortable with the typical “Christmas kitsch.” In modern households – whose furnishings consist of clear lines without frills – classic or traditional Christmas decorations would not fit into the picture either. That is why puristic Christmas decorations that reduce Christmas symbols to a minimum are also trendy.

The custom of Christmas trees has a long tradition (see point 5 - Christmas trees), but more and more German families choose an artificial tree for their living rooms. There are many reasons for this: Artificial Christmas trees do not shed needles or lose any vermin. They are stored in the basement throughout the year – and don’t have to be bought, transported, and laboriously carved until they fit into the Christmas tree stand year after year. The fairy lights simply stay on the artificial branches and save the annual untangling of the cables. And nobody has to stand the pricks of conscience for having taken the life of a healthy, proud tree as even those who choose a tree with roots only have limited planting sites in the garden.

Listen to your heart: while these are decoration ideas you will customarily find in many German homes, do what you love. This is a season for joy, peace, and light. And Glühwein: don’t forget glühwein and cookies. And most importantly, if snow is piling up your front yard, make sure to contact a snow management company for professional snow removal services. 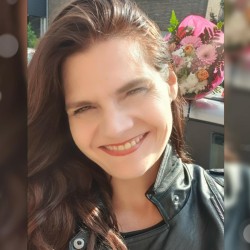 Nicole Zieseniss
Nicole Zieseniss hails from Moers, Germany. She is the owner of the text and translation agency Text-2go.de with experience of over 15 years in writing. She authored four books dealing with sports, children's fitness, and special needs. In this context, she also wrote several articles that have been published in newspapers and relevant professional magazines