Google has said that advertisers are now able to buy native ads programmaticly via its DoubleClick Bid Manager advertising tool. During the announcement, at Google’s DoubleClick Leadership Summit, the company said it’s also possible for publishers to create their entire native ad inventory online and in apps available programmaticly. 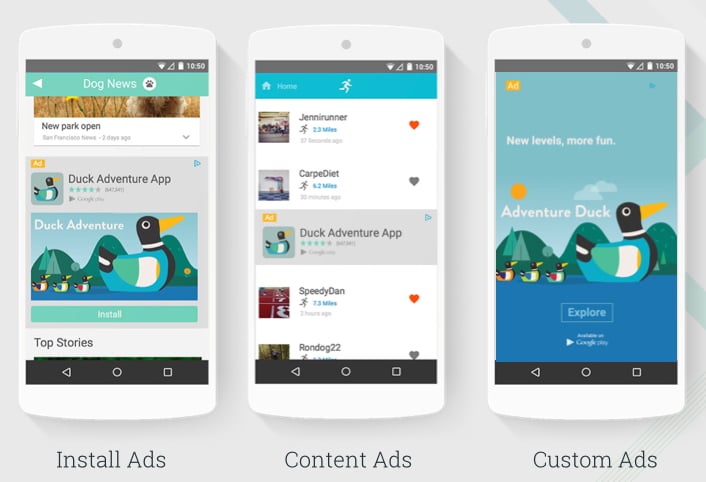 Google has been expected to make this move for some time. Two months ago, it said it was planning to let publishers sell native ads in sales where it had a direct relationship with advertisers. Now, Google is saying no relationship is necessary, which makes it a whole lot easier for marketers to purchase native ads across all formats and screen types.

"With the user shift to mobile, users have higher expectations for a great user experience and advertisers and publishers are working hard to deliver on those expectations," said Dan Taylor, managing director of global display and programmatic at Google, in a statement to AdAge. "We've all had the suboptimal experience of browsing a well designed mobile site, when a legacy static display shows up and disrupts up an otherwise seamless user experience."

Luckily for advertisers, it won’t be their responsibility to create fully-designed creative executions. Rather, Google allows them to upload the components of their native ads – such as the image, headline and text – and DoubleClick automatically assembles these in a way that fits the format and context of the site or app the ad will appear in.

Google says more than 200 publishers plan to use its native ad solution initially. Native ads can run in both the traditional ad banner format, and also in a new, “fully responsive fluid ad slot”, the company said.

Besides this, Google says it wants ads designed for its Accelerated Mobile Page (AMP) effort to be “AMP ready”. Google says its AMP pages load 85 percent faster than regular web pages, and are being billed as its answer to Apple News and Facebook’s Instant Articles. However, the one downside is that when users click on an ad in an AMP page, they’re immediately redirected back to the slower, traditional web.

As such, Google wants to fix it by encouraging advertisers to make their ad sites AMP ready, and will move towards this direction progressively over time, it said.

"We believe these innovations will improve the user experience, especially on mobile, with better results for advertisers and monetization for publishers," Taylor said.