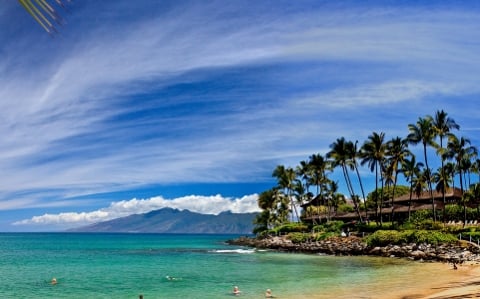 A recent report by one of Honolulu's top real estate entities, Colliers Monroe Friedlander, suggests a commercial market on its way out of the cellar. According to this and other reports, investors there acquired  $1.5 billion in commercial property across the state. This figure was up by over $630 million from the previous year.

The Hawaii commercial market saw four consecutive declines before this dramatic increase in activity. Accordingly, Colliers says they expect the positive trend to continue, and that we can expect close to $2 billion in commercial sales there.

Despite this bit of good news for the commercial sector, the more acute residential market shows some problematic symptoms. For one measure, jobs in Hawaii fell in December substantially, and while joblessness has a less immediate effect on commercial real estate, there is almost a direct correlation with the residential side. The graph below (from Department of Numbers) shows clearly, the Current Employment Statistics (CES) and current Population Survey (CPS) statistics these last couple of years.

Now, taking this data and adding in such things as home affordability, it is clear Hawaii has a residential problem on a par with California in many ways. Hawaii has always been high on the affordability side obviously, but now the state is actually the least affordable place to buy a home in the United States. Using numbers from the Department of Numbers once again, Hawaii has the worst FHFA Price to Income Ration, and the worst Price to Rent numbers. By comparison, Washington DC and 48th place California are much more affordable - and places like Michigan are 4 to 5 times more affordable now.

So, looking at the whole market for Hawaii, we can make a few assumptions that bear consideration. First, what we are really seeing from commercial investors is more than likely a move to grab up "deals" in a true buyers market. This inflates the numbers. And too, the same thing actually props up the market, not only in Hawaii, but everywhere else too. Not many people consider what is actually going on in the real estate industry. In part, the answer is simple, those with money are spending it to buy "dirt cheap" anything of value they can lay their hands on. It's just a matter of threshold prices actually.

When luxury condos start selling (press releases even) like hotcakes, and multi million dollar commercial properties change hands, these are sure signs the "big money" is taking advantage of a situation.

The Department of Numbers is run by coding and numbers guru Ben Engebreth, and impartial statistics guy from New York. Here is his resume for those interested in his qualifications. The reason I even mention this is because from my cursory evaluation, his data seems spot on compared with many other metrics on the subject. In effect, real numbers actually don't lie.

And beside the Machiavellian tone of the trend, what does this do for the crystal ball of the property market? Foggy. We are seeing a false set of indicators. Just food for thought until next time. I leave you with an image of a beautiful Kahala Beachfront estate listed with Jeff Manson's American Dream Realty.