Herb Strather, a casino and real estate developer in Detroit, has big plans for the more than 6,000 foreclosed homes he recently snagged in an auction. 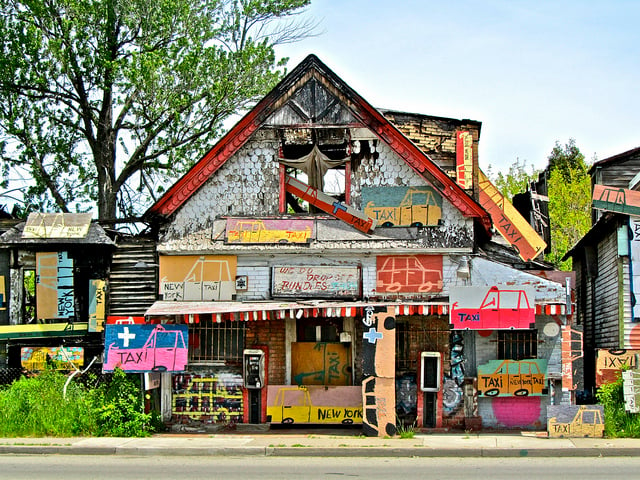 "This is more than just an acquisition of parcels," Strather told Bloomberg Businessweek. "It's an opportunity to redevelop the city I was born in and plan to die in."

Detroit's Wayne County, hit hard during the foreclosure crisis, launched a mega-auction earlier this month to unload the properties for which the owners had defaulted on their taxes.

It dubbed the lot of properties a "blight bundle" because many were dilapidated, some missing furnaces and wiring while others had extensive mold and even squatters living in them. The city did not receive any bidders in the auction until Strather stepped forward to bid on the entire bundle. He bought them for less than $3.2 million — or about $500 per property.

The bundle includes about 2,000 vacant lots and 3,000 properties earmarked for demolition; the remaining properties are in fairly good shape, according to city officials. Wayne County officials say they weren't expecting a person to bid on the entire bundle and had been planning to transfer the properties to the city's land bank to be sold individually.

Strather has to develop a plan for the properties and says he intends to work with dozens of community organizations to finance and develop projects. Additionally, he says that he'll keep some of the best properties for his investment group.

Detroit has been battling blight since the housing downturn. A city task force has called on tearing down 10 percent of its structures. Wayne County has become the major spot for blighted properties. This year alone, the county has started foreclosure proceedings on 56,000 properties, 20,000 of which are expected to head to auction. In 2015, county officials estimate they'll foreclose on 75,000 additional homes.