With less than a week to go before the Federal Open Market Committee meets to vote on a possible increase in the federal funds rate for the first time since 2006, analysts are keen to weigh in on the implications it could have for housing. 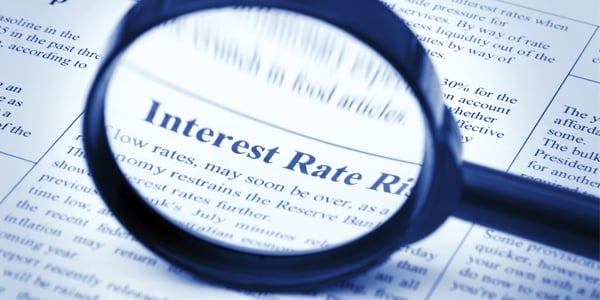 An increase in federal funds would almost certainly prompt interest rates to move higher, and the housing market is already moving in anticipation of this, says one analyst.

“The housing market’s capacity for existing-home sales is declining with the expectation of a Fed rate increase pre-adjusting mortgage rates and causing a slowdown in house price appreciation,” said Mark Fleming, chief economist at First American Financial, in a new report on the fourth quarter Real Estate Sentiment Index.

“Market capacity remains modestly in excess of actual sales due to leverage-assisted housing asset inflation, which is home price appreciation fueled by low mortgage rates. Rising mortgage interest rates and moderation in house price appreciation were the most important market fundamentals that reduced market capacity this month. Now that interest rates are pre-adjusting in response to signals from the Fed for a highly expected increase in December, demand is also declining.”

Fleming says that home appreciation would likely be slowed down by one percent more than expected if there's a 25-basis point rise in the 30-year fixed-rate mortgage. This would lead to existing-home sales slowing down by around 2.5 percent on an annualized and seasonally adjusted basis. That would amount to around 150,000 less sales a year.

While that's bad news for real estate pros, it could also have an effect on home buyers too. According to this article in Forbes, at current rates, a 30-year fixed-rate mortgage with ten percent down payment on a home valued at $350,000 would cost buyers $1,503.86 per month, in addition to taxes, homeowner’s insurance and Private Mortgage Insurance. But if interest rates rise to 4.5 percent, that same mortgage would increase to $1,596.06 per month - $92.20 per month more. Alternatively, if rates rise to fiver percent, the same mortgage would cost an extra $184.40 per month.

However, Fleming said interest rates would only have a significant impact on residential housing transactions if they exceed 5.1 percent.