Here's how much Americans value homeownership

By Mike Wheatley | May 29, 2018
TwitterFacebookLinkedIn12BufferPinterestCopyReddit
12
SHARES

Homeownership is so desirable among Americans that they’re willing to make extreme sacrifices, even if it means giving up some of their basic rights, if it means getting a chance to buy a home, according to a new survey. 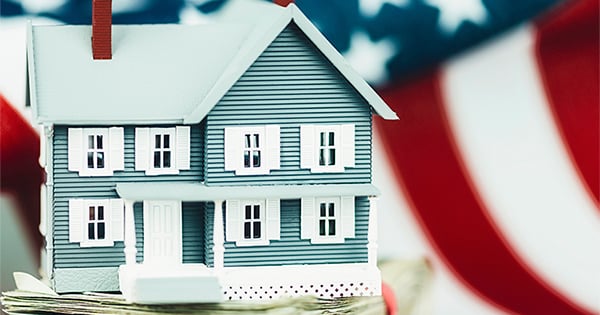 The survey, carried out by Unison Home Ownership Investors and Atomik Research, found that would-be buyers would forgo their dream car, vacations and even their right to vote if it meant getting help with a 10 percent down payment.

Some 22 percent of 1,000 buyers surveyed said they’d give up their right to vote in exchange for a 10 percent down payment that they wouldn’t need to pay back. The survey found that millennials (26 percent) were the most likely to forsake their right to vote, followed by Gen X (20 percent) and baby boomers (7 percent). Another interesting finding was that 14 percent of men and 9 percent of women would give up their driving license for the same down payment.

Moreover, 44 percent of buyers said they’d be willing to give up their dream car, and 38 percent said they’d forgo taking a vacation for the next five years in order to own a home.

Homeownership is so desirable that it even affects relationships too. Fifty-eight percent of respondents in the survey said they’d be more inclined to date or marry someone who already owns a home than someone who doesn’t. This was true of all generations, with 58 percent of millennials, 59 percent of Gen X’ers and 56 percent of baby boomers all saying they’d prefer to enter into a relationship with a current homeowner.

As for more realistic ways in which to come up with a down payment, crowdfunding is a growing preference for many. Some 26 percent of would-be buyers said they’d consider this method, while 29 percent would like to use an equity or homeownership investment.