They’re giving up on their urban residences and going for a house in the suburbs. Yes, that’s what millennials are doing as they are turning parents. And this exodus from the downtowns is not something strikingly fresh. It’s not because this generation is apt to letting go of the city lifestyle. It’s simply because they are going for affordability. What’s more, they can have their cake and eat it too, what with all the facilities and amenities that go with the urban lifestyle – bazaars, cinema halls and workplaces — all being stone’s throw away from their new habitations.

This is what emerges from findings in “Emerging Trends in Real Estate 2020”, a report that is the result of a joint effort involving the auditing firm PwC and the non-profit Urban Land Institute. So it all gives a peek into trends in real estate industry.

Developers are calling this trend “hipsturbia”, and that is what happened when hipsters were unable to afford living in Brooklyn anymore, and start migrating to the suburbs. As millennials settle down, bring up children and as far as trends in housing sector are concerned, they are looking for inexpensive housing as also educational institutions worth their salt, they are opting to migrate to the suburbs, which is more of a slight adjustment in the face of necessity rather than a compromise in any way.

A blast from the past - hipsturbia meaning

Early in the year 2013, a New York Times story famously coined the term "hipsturbia". This was when young creatives fled Brooklyn's increasingly affluent environment to settle for communities such as Dobbs Ferry and Tarrytown. It's now increasingly happening in other towns and cities as the younger lot of millennials graduate and progress onward in life.

Nerve centres of activity in the town are often vested in cool and chic suburban groups. They are, at times, stationed in proximity to upmarket places such as San Francisco, New York City, and Chicago. Marked hipsturbia havens include places such as Maplewood, Hoboken, and Summit, New Jersey; Yonkers and New Rochelle, New York; Evanston, Illinois; and Santa Clara, California. Yes, these are the new trends in real estate.

And it's not just the youthful couples and families who are propelling the shift that is getting the suburbs to up their game. Baby boomers and the senior citizens are choosing to put up in the suburbs. They are all joining in the party, making the most of recreational facilities, marketplaces and eateries.

Property developers all for it

Property developers are going gaga over the phenomenon, kicking off large undertakings with this trend in mind. For instance, a 240-acre development project in Santa Clara is complete with offices, hotels, serviced apartments, and residences, and also has an open-space plan for active and passive recreation, says the report. Its closeness to Stanford University is one of the factors that its hipsturbia ambience can be attributed to.

These live-work-play districts appear tailor-made for new families or young professionals who can’t afford to stay on in larger metropolitan areas.

There are some curious observations in the face of this trend, such as:

• Home ownership may decline to levels not observed since the 1930s and 1940s.

• Heat and climate change conditions are triggering fast change in property markets. Like the demand for air-conditioners in Seattle has zoomed to 25% from 3% a decade back.

• The scope for affordable housing is on the wane, while construction costs are spiralling, and housing costs are increasingly getting out of reach, with salaries not exactly matching up.

• There is a surge in home sharing, ride sharing, cost sharing & prefab homes.

An indication of the shape of things to come

As more suburbs draw chic and sophisticated denizens, the pattern is setting a precedent for other towns, cities and developers to take note of. What is being witnessed is a heady mix of housing of all types and different grades. As the overall population figures increase but aspirations continue to rise, hipsturbia is one definite fallout of an increase in materialistic ambitions. The old saying goes: “There is always room at the top.” But if hipsturbia is any indication, it looks like in order to create more room at the top, residents are moving left, right, forward and backward.

This trend certainly is not poised to be the norm worldwide, and big cities will continue to draw post-millennials. But at the same time, suburbs that have the right characteristics to emulate the hallmarks of a downtown environment will gain when it comes to real estate developers and investors' attention and fancies.

Well, this may be just a throwback to the kind of suburbanization tilt witnessed prior to the Great Recession. But it does make for increased demand for big businesses to open shop in suburban areas, rather than focusing only on metropolitan areas. Going by the current exodus, it won't be a surprise if the population of the suburbs outstrips that of the metros in the years to come.

Photo by Julián Gentilezza on Unsplash 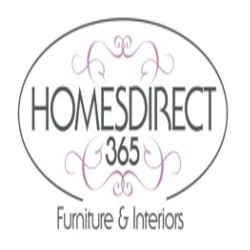