According to The NDP Group, US dollar sales of home automation products for last year experienced growth of 57% compared to 2015.

Product categories are led by security and monitoring which accounted for more than 60% of the dollar share. Smart entry devices including smart doorbells saw an increase in unit and dollar sales of 171% and 206% respectively compared to a year earlier. Although awareness of many smart home devices has fluctuated, smart doorbells are one item that has seen growing awareness and ownership. Awareness of smart doorbell devices increased by 4%, while ownership increased by 2% according to the Connected Home Automation Report from NDP’s Connected Intelligence. 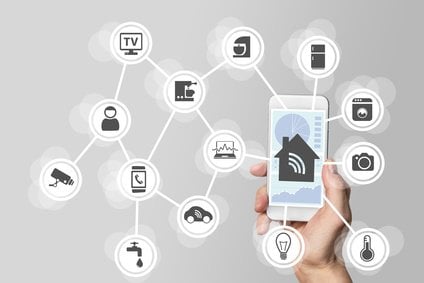 Another popular component of smart home ownership is networked video cameras, with nearly one-third of smart homes having this feature installed. Last year, consumer demand for multipacks of network video cameras increased by 129% in dollar sales compared to 2015.

Ben Arnold, executive director, industry analyst for The NDP Group said “Network cameras have long been considered the entry point into the smart home, but growing demand for items sold in sets shows that the market is maturing. We fully expect the next two years will see a broadening appeal of smart home devices and estimate that the category will nearly double in that time.”

John Buffone, Executive Director, industry analyst, NDP Connected Intelligence said “Alexa integration into such a wide range of devices has positioned it to be the leading artificial intelligence driving home automation devices. One in five Echo users has already adopted using the Echo to control other devices within their homes. We expect this to become increasingly common as Alexa adds skills that enable control of additional devices.”