Home ownership rates to plunge as millennials are left behind

The rate of home ownership among those aged 35-years and under will continue to fall until at least 2025, according to new research by real estate analyst John Burns. 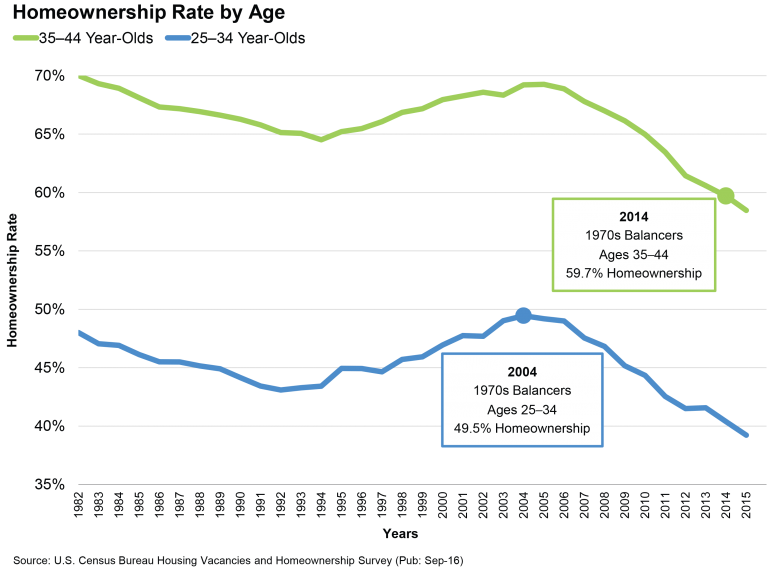 Back in 2004, before the housing crisis, the rate of home ownership hit a peak of just under 70 percent across all age groups. Americans aged 25 to 34 years old at that time (those born in the 1970s) were creating new households at an extremely rapid rate, with around 50 percent of that demographic owning a home at that point in time. That was five percent higher than the average rate going back to 1981, Burns' data shows.

Fast forward to now however, and the picture is much grimmer. In a climate of tightened credit standards, and younger adults who're saddled with greater debt than their parents, Americans are being forced to stay with mom and dad for much longer than previous generations. At present, the home ownership rate among 25 to 34 year olds has fallen to just 39 percent.

Even worse is that it's not just the younger generations who're suffering. The generation born in the 1970s, which is now 35 to 44 years old, has seen its home ownership rate drop by around 7 percent to just 59 percent. That's the lowest rate for a 35 to 44 year old age group since records begun in the early 1980s. 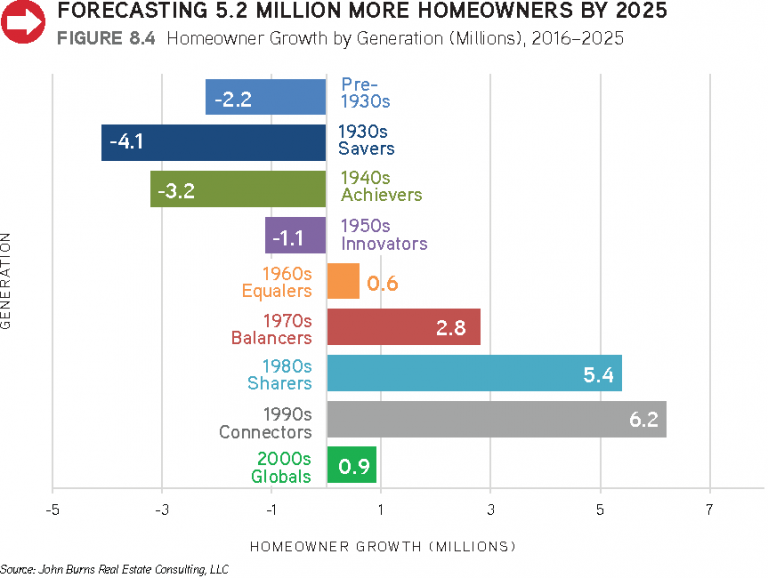 Unfortunately, things are unlikely to pick up anytime soon. Burns says all the signs point to a continued fall in the overall rate of homeownership, which will hit as low as 60.8 percent by 2025, the lowest since the 1950s. Burns' forecast assumes that around 15.9 million people born after 1960 will become a homeowner in the next 9 years, while 10.6 million current homeowners will either lose their homes or pass away by 2025, resulting in a net gain of 5.2 million more homeowners by that date.