Home prices to continue their rapid rise in 2018, CoreLogic says

Home prices rose fast in the last year and are set to continue their rapid rise into 2018, according to a new forecast from CoreLogic, a real estate industry analyst firm. 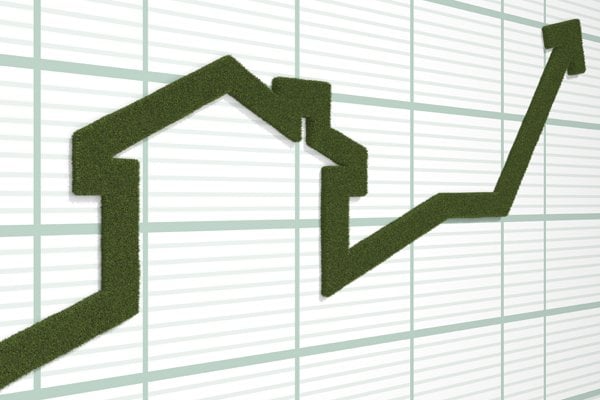 That represents the third straight month in which home sales grew at that rate, much faster than the growth rate in the first half of 2017. CoreLogic says that high demand and low supply are the main driving forces behind the rapid price rises, and neither will ease up any time soon.

Indeed, supply continues to fall while the strengthening economy is pushing up demand. What this means is that prospective buyers will begin their home search earlier this year, trying to get a head start on the spring market.

"Rising home prices are good news for home sellers, but add to the challenges that home buyers face," said Frank Nothaft, chief economist at CoreLogic. He added that the limited supply is the worst at the lower end, and will hit the growing number of first-time buyers hardest.

The biggest home price gains have been seen in the nation's largest metropolitan areas, CNBC reported.

According to CoreLogic’s report, in the top 50 markets, half of the housing stock is now considered overvalued, based on market fundamentals such as income and employment. CoreLogic defines an overvalued housing market as one in which home prices are at least 10 percent higher than the long-term, sustainable level.

The most overvalued market was Las Vegas, which showed a double-digit price gain of 11 percent. San Francisco was almost as hot, with home prices rising by 9 percent, while Denver came in third with a rise of 8 percent. However San Francisco was not rated as an overvalued housing market, as average incomes in the city far exceed the rest of the nation.

CoreLogic concluded in its report that without a significant increase in new home construction, which seems unlikely, home prices will most likely increase in 2018. It also predicts that mortgage rates will probably increase slightly, further hampering home affordability.