During October home sales through the Canadian MLS systems declined by 1.6% and although activity is still stronger compared to the first half of the year, it remains lower than the monthly levels recorded from early 2014 through 2017. Transactions declined in over half of all local markets led by Montréal, Edmonton and Hamilton-Burlington. While activity showed a modest improvement in many markets, these improvements were offset by a decline in sales in other markets. 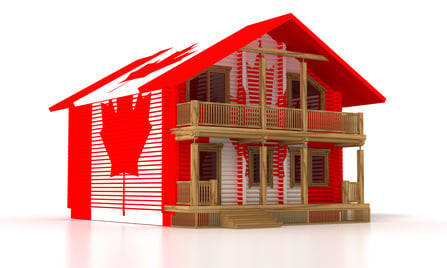 Actual activity was down by 3.7% compared to October last year. Although sales were down year-on-year in just over half of all local markets in October, a lower level of sales in the Fraser Valley and in the Greater Vancouver area more than offset the increase in sales in the greater Toronto area and Montréal.

According to the news release, the new mortgage stress test introduced this year has lowered the size of the mortgage homebuyers can qualify for throughout Canada. The actual effect of the stress test on sales that has varied according to the price range, housing type and location.

The number of new listings decreased by 1.1% between September and October, led by the Greater Toronto area, Calgary and Victoria. Falling supplies in these areas were more than offset by an increase in supply in Greater Vancouver and Edmonton. The balance between listings and sales for October was 54.2%, nearly the same as September’s reading of 54.4% and the long-term average of 53.4%. Approximately two thirds of all local markets were in balanced market territory last month.

There are considerable variations between the 17 housing markets tracked by the MLS housing price index. For example, in British Columbia price gains have been falling on a year-on-year basis in Greater Vancouver where they rose by just 1%. In the Fraser Valley this figure was 6.8%, 8.5% for Victoria and 11.8% for elsewhere on Vancouver Island. The actual national average price for homes sold last month and which isn’t seasonally adjusted was just below $496,800, a decline of 1.5% compared to the same month last year. However, the national average price is affected by sales in the Greater Toronto Area and in Greater Vancouver, the two most active and expensive markets in Canada. When these areas are removed, the national average price declines to just under $383,000.