Home values rise by 5% in the last year, Zillow says

U.S. home values have risen 5 percent over the past year, reaching a Zillow Home Value Index (ZHVI) of $188,100, according to the August Zillow Real Estate Market Reports. 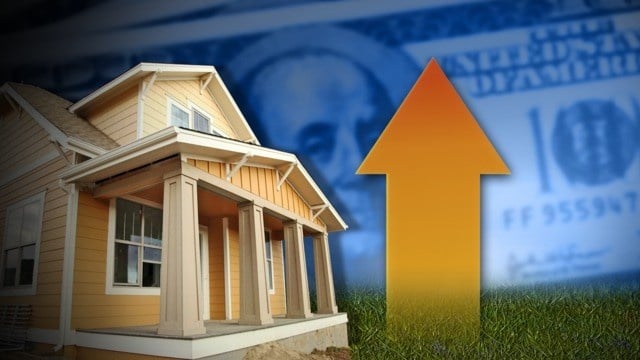 Home values have been growing at a 5 percent annual rate since the beginning of the year. The most recent income data released by the Census shows incomes rising by 5.2 percent, which is good news for those looking to break into the housing market. For the first time since 2011, incomes have been appreciating faster than home values.

Inventory is beginning to pick back up from the lows experienced at the beginning of the year, but there are still 5 percent fewer homes for sale than a year ago. Going forward, as more homes start to become available, home value growth may ease. Zillow predicts home value growth to slow down to a 2.7 percent appreciation rate by this time next year.

For the sixth straight month, Portland, Dallas, Seattle and Denver reported the highest year-over-year home value appreciation among the 35 largest U.S. metros, with home value growth in the double-digits. In Portland, home values rose almost 15 percent, to a median home value of $338,900.

While home values continue to rise in tech-centers San Francisco and San Jose, they've slowed considerably since last year. Median home values in both markets are up about 6 percent over the past year, compared to over 12 percent in 2015. No longer are these two metros among the top appreciating U.S. housing markets.

"This is good news for frenzied buyers tired of tight inventory, rapidly rising home prices and intense competition," Dr. Gudell continued. "Inventory, while still down nationwide and in most areas, is actually starting to rise in a handful of markets, including the Bay Area, Texas and parts of the Southwest. Rent growth has slowed considerably from just a few years ago, giving renters a chance to save enough to buy a home. But make no mistake, it's still tough out there for buyers, especially in Western markets like Seattle, Denver and Portland that have strong job growth. Things won't switch from a sellers' market to a buyers' market overnight, but conditions are starting to improve."

Rents continue to rise, though not as quickly as home values. Last year at this time, rents were up over 6 percent, but are now appreciating by just 1.7 percent, to a Zillow Rent Index (ZRI) of $1,405.

Of the 35 largest U.S. metros, Seattle, Portland, Sacramento and San Diego reported the highest year-over-year rent appreciation. Rents in Seattle have seen the fastest annual appreciation for the third month in a row, up almost 10 percent over the past year to a median of $2,067 per month.

In Portland, the median rent rose to $1,777 per month, up 7 percent over the past year. In Sacramento and San Diego, rents are up 5.5 and 5 percent, respectively.