A report from Reuters shows homebuilders’ confidence in the US real estate market slipped slightly at the beginning of the year, even though most developers remain upbeat over the housing recovery, and anticipate it will continue. The data for the report was from the National Association of Home Builders.

In January the NAHB/Wells Fargo Housing Market Index fell very slightly down to 56 points, compared to a downward revised figure of 57 points in December. Before this figure was revised the index stood at 58 points which was the highest level since August last year. It had been forecast by economists polled for Reuters that figures for January would reach 58 points. Anything over 50 shows builders regard conditions as being positive rather than negative. The chairman for the NAHB is not worried by these figures, and has pointed out that builder confidence has leveled out and is holding steady and that as markets continue to improve this should continue to help future home sales. The homebuilder confidence index has been in positive territory, registering more than 50 points for eight consecutive months now. 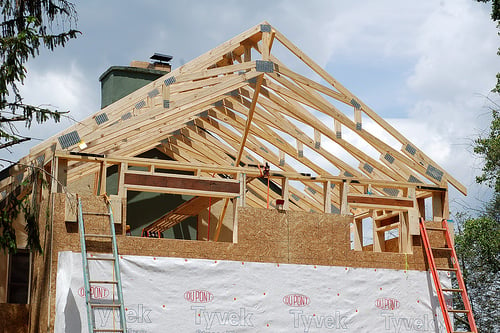 The Reuters poll of economists also shows they have forecast that developers broke ground for apartment buildings and single family homes at an annual rate of 990,000 in December last year, compared to figures of 1.091 million in November which was the strongest level seen for more than five years, since February 2008.

In January homebuilders’ views on current sales condition dropped to 62, compared to a reading  of 63 in December. At first the December reading was reported as being 64 which would've been the highest level since December 2005. The expectation for future sales dropped by two points to 60, while measurements on traffic of prospective buyers dropped to 40.

It's anticipated that historically low mortgage rates combined with increasing home prices and pent-up demand will be see the gradual recovery in the housing market continue into 2014. In spite of this experts feel the recovery could be stronger if it weren't for the fact that construction costs are increasing. The housing market recovery is also being hampered by inaccurate appraisals that are preventing some home sales from reaching completion.

New mortgage rules have just been introduced requiring borrowers to verify that they can repay their home loans. Originally there were concerns these reforms could affect the housing recovery as it was thought that lenders would only be able to give loans to borrowers with immaculate credit ratings, but now experts are more confident this will not be the case as regulators softened the rules.