Homeowners are Wealthier but Ownership Rates are Falling

By Allison Halliday | May 12, 2015
TwitterFacebookLinkedInBufferPinterestCopyReddit

According to recent research from the National association of Realtors, an increase in home prices in many areas throughout the country has resulted in homeowners being able to build more housing wealth during the past few years.

While this is good news, the article in Propertywire points out that there is a continued decline in homeownership which means the wealth is going to fewer people and is likely to result in further inequality in the United States.

The National Association of Realtors looked at data on homeownership rates, as well as changes in single-family median home prices between 2010 and 2013 in order to assess income inequality and wealth in 100 of the largest metropolitan areas in the country. According to their findings, more than 90% of major areas have seen homeownership rates decline. At the same time home values have increased but incomes have remained unchanged. Apparently the distribution of wealth is most unequal in areas where homeownership rates are the lowest and these include high-cost areas such as San Diego, New York and Los Angeles. 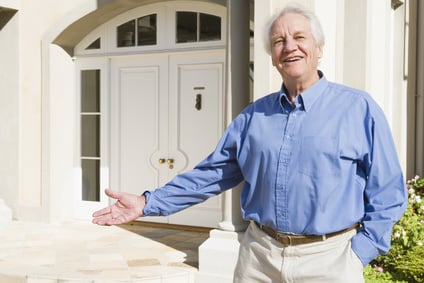 According to the chief economist of the National Association of Realtors, over the past five years property prices have recovered in most metro areas which have increased housing wealth by $5 trillion since the recent downturn.

Essentially this is good news as homeownership is important to the US economy and still remains one of the primary ways middle-class families can accumulate wealth. However the labour market is still underperforming. When combined with stricter lending criteria and a limited supply of housing, this has meant homeownership has dropped to rates not seen for more than 20 years. While homeownership rates have declined, the number of people renting property has increased significantly. The problem is that renters are finding it difficult to become homeowners and are becoming left behind financially. Renters are also faced with increasing rental costs and are less likely to have benefited from the stock markets strong growth during the past few years.

The study carried out by the National Association of Realtors looked at changes in inequality by assessing the numbers of homeowners and renters during recent years when home values have increased. The study found that 93 out of 100 markets had seen a decline in homeownership rates between 2010 and 2013. Renters typically have a much lower net worth compared to homeowners; a good example would have been the high growth seen in San Jose in California where a typical homeowner’s net worth increased by $210,671 while in comparison renters were likely to have experienced increased rental costs.