According to data from Clear Capital, residential property prices have shown moderate price growth for the 11th consecutive month. Yearly gains reached a high of 11.7% in October last year, but declined to just 7.8% through to September this year.

This effect is more extreme when you look at figures for the West, where annual gains were 19.5% in October 2013, but reduced to just 10.9% for September this year. According to the article in Propertywire, there are concerns that figures for the West don’t bode well for the rest of the country, as it’s still seen as being the leader of the recovery. However experts have pointed out that metro market trends are less predictable, as they are continuing to recover and moderate at varying degrees. 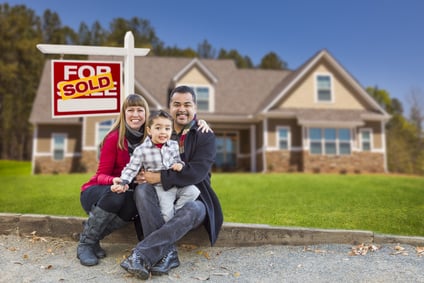 A good example would be to Detroit where discounted properties pushed prices up by 21.9% year on year in September 2014. However Hartford MSA saw price declines of 1.1% during the quarter and of 0.4% over the year, highlighting the disparity in market performances. The Clear Capital data also shows that the lowest performing 15 markets saw less than a 1% gain during the last quarter, and while this particular group is still subject to short-term declines, these could eventually materialize into yearly losses.

The number of discounted distress sales is declining, down from a high of 38.4% in 2011 to just 16.5% last month. This is generally viewed as being positive, but these distress sales did help start the recovery through sparking investor demand. The report from Clear Capital does point out that while fewer distress sales is healthier for the market in the longer term, it does mean that in the short term demand in a key segment has been removed. The problem with this is that the market has yet to return to full momentum.

It’s also been predicted that future home price gains will be more dependent on owner-occupied purchases. Investors will have fewer opportunities and the demand for owner-occupied property will begin to rise as key segments in the market continue to recover, for example the jobs market.