President Barack Obama, just over a week ago, asked banks to reduce the red tape associated with reducing mortgage payments for some homeowners. For those who could benefit from drastically reduced interest rates, Obama pleaded his case for his plan to help the industry. Meanwhile, so called economic experts quibble over solutions. Obama and his advisers say Real Estate is "the way" to growing the American economy - but what about manufacturing and good paying jobs?

Whether or not Obama's plans for rescuing the real estate industry are valid or not, it is logical that a 30 year mortgage below 4% is far better than one at over 5. On a really personal level, homeowners in jeopardy desperately need a break - some say the average owner could save as much as $300 a month with creative refinancing. Banks, as you might imagine, are not throwing their doors open to help most.

According to a recent Mortgage Bankers Association survey, it looks too like mortgage holders may have given up hope. Applications for these types of loans have dropped substantially of late. Even homeowners who might have otherwise qualified for tight loan restrictions, now seem frustrated. But, is the real estate situation the prime destabilizing fixture preventing recovery, as Obama suggests? Hardly.

While pundits of globalization, even the New York Times, argue still the "service sector" call to new age productivity. America is at its core a place and people that make a living making things. Without marching off into a new era of industrialization evils, the United States simply has to reclaim some overseas job loss. Regaining ALL, would suit the purposes of the people better probably, but logic dictates that broke people cannot buy homes. And service sector jobs simply do not evoke visions of the American Dream.

Face facts understanding that most nail pounding construction workers probably don't own their own homes either. Master carpenters and superintendents (yes my brother was one and owns a little house), maybe - immigrant plywood toting laborers?

Christina Romer, over at the NYT's might be better advised to suggest service sector jobs moving offshore, and Americans building things like cars, boats, and airplanes. McDonald's, Burger King, Wal-Mart, and Dunkin Doughnuts employees will then be places for college students to work out spare book fees, and the real economy may take shape again. By way of shooting down what appears an "elitist" attitude to these issues, let me quote from Romer's article directly: 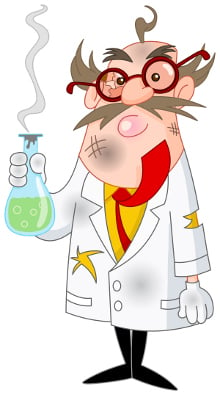 Romer's fequenting to halls of academia at MIT, and outside President Obama's office as Chairperson of the Council of Economic Advisers, obviously never led her to the part of America where people actually break a sweat. If I ever read a more obtuse statement, I am not sure I can recall. MIT grads might easily export their architectural draftsmanship and creativity to some far off land, but average America does not attend school in Massachusetts, at Cal Berkeley, or even William & Mary. Romer goes on to suggest the effects of more manufacturing in the US would prove negligible to overall employment - the economy.

I'll leave off painting Ms. Romer further, The Curmudgeon does a superb Picasso number here detailing her as a political economic theorist along with those who exercise her train of thought and practice. Meanwhile, Floyd Norris, also at the New York Times, talks about Manufacturing as one bright ray of hope in America. For the first time, in a very long time, the Labor Department speaks of the sector adding jobs, at a time when the country needs them most.

Still, Manufacturing in the US, where employment is concerned, is 40% behind where it was before 1980. Still reading Norris' article will go along way to finishing off Romer's marginalizing Manufacturing as a significant remedy economically. America is still, a massive force here worldwide, exports being in excess of $1 trillion a year. As for mad economic scientists? 7 hard days of work, especially in a steel mill, would serve each-and-every-one-of-them well. Detached scientific theory is as out of place in a crisis as anything.