Housing recovery? Not likely this year, or the next

Housing activity likely will continue to pull back this year, mostly due to a sluggish job market, but a modest recovery will likely resume in 2015, according to the results of Fannie Mae's August 2014 National Housing Survey. 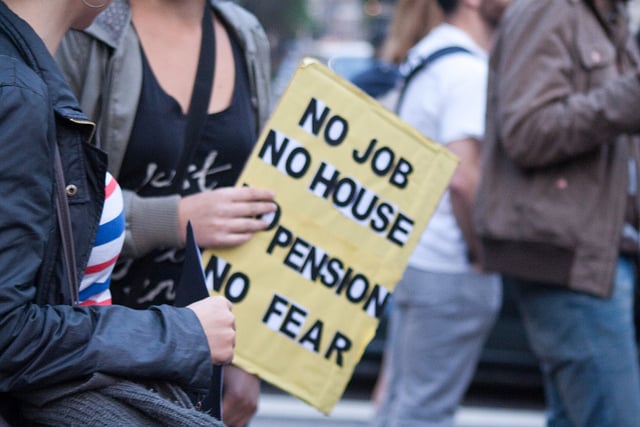 Americans' views on their incomes during the past 12 months is declining, coupled with their views on buying and selling. The number of consumers who say now is a good time to purchase a home fell for the second consecutive month, dropping 6 percentage points since June to 64 percent, tying the all-time survey low, according to Fannie's survey of more than 1,000 Americans. Also, the number of respondents who said now was a good time to sell fell to 38 percent.

"The August National Housing Survey results lend support to our forecast that 2015 will likely not be a breakout year for housing," says Doug Duncan, Fannie Mae's chief economist. "The deterioration in consumer attitudes about the current home-buying environment reflects a shift away from record home-purchase affordability without enough momentum in consumer personal financial sentiment to compensate for it. To date, this year's labor market strength has not translated into sufficient income gains to inspire confidence among consumers to purchase a home, even in the current favorable interest-rate environment."

Still, 42 percent of respondents surveyed continue to believe that home prices will go up in the next 12 months. However, the average 12-month home-price-change expectation dropped to 2.1 percent, Fannie Mae's survey shows.

The majority of Americans also believe that rental prices will continue to rise. Fifty-three percent of respondents say they expect rental prices to go up in the next 12 months, with the average 12-month rental-price-change expectation rising to 4.1 percent, the survey shows.

Households continue to be bearish on their finances and the direction of the economy. The share of respondents who say their household income is significantly higher than it was 12 months ago fell by 5 percentage points to 23 percent in August. What's more, 36 percent say their household expenses are significantly higher than they were 12 months ago. However, 44 percent of respondents surveyed say they do expect their financial situation to improve over the next 12 months.