How To Create a Housing Boom? Build More Trains!

Want to know how we can generate a new housing boom right here in the US? Simple, build more high speed rail links.

At least, that's what the authors of a joint study the University of California-Los Angeles and Tsinghua University in China are claiming. According to their research, high-speed rail links that connect "second tier" cities to major ones cause more people to migrate to the smaller cities, hence creating a housing boom. 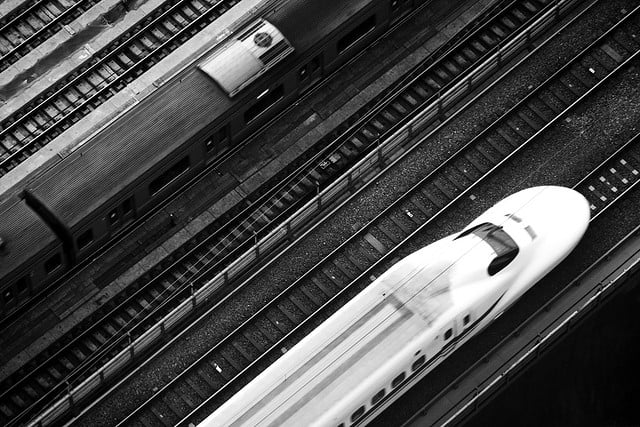 Medhill Reports, which published the study's findings, says that the evidence is found in China, which has built numerous such rail links connecting its smaller cities to major metropolises over the last few years. According to the research, the creation of high-speed rail links leads to a 10% boost in the smaller city's market potential, and a 4.5% increase in home prices. US researchers believe that US cities would see similar effects if they were to receive high-speed rail links too.

However, there are some constraints in the researcher's theory. In order for it to be effective, the smaller cities need to be the right distance away – as in, too far to reach by road, but too close to justify flying to. Even so, not everyone agrees with the theory. Some critics argue that with its advanced interstate road network and its well developed aviation infrastructure, any benefits of high-speed rail in the US would be negated.

Both arguments have their merits, and it may well be that we find out soon enough as some US cities forge ahead with their own high-speed rail projects. For example, the 284-mile rail link connecting Chicago with St. Louis is already well underway, with a completion date penciled in for 2017.

According to Matthew Kahn, co-author of the study, what it really boils down to is, "is there a train that moves at 150 mph, and are there good local connections to it?"

If the answer is yes, then few will deny there's lots of potential in it.