In news that will surely pique the curiosity of software developers, HousingWire has just announced the launch of a new awards program that plans to reward the most innovative technology firms in the real estate industry, which will take place at the media firm’s REX 2013 real estate convention later this year. 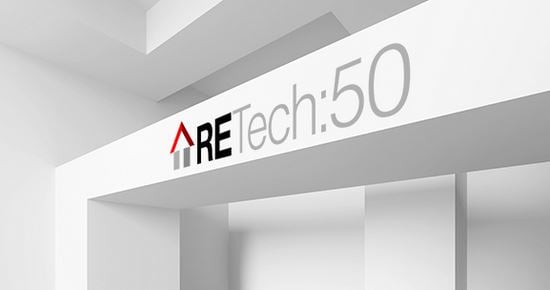 Called HW RETech:50, the awards program will highlight the fifty topmost real estate tech firms around the country, in a similar fashion to its current annual awards like the “Person of the Year” and “Influential Women in Housing” programs which take place on an annual basis.

Real estate tech firms will need to secure a nomination in order to be considered for the HW RETech:50 awards, before the winners are selected by a panel of real estate writers, editors and experts from HousingWire. The media company says that it will be accepting nominations from now until March 1, with winning companies being notified in May. The prize of recognition will include being featured in a profile in the June 2013 issue of HousingWire magazine, as well as recognition at the REX 2013 event held on June 2 to June 5 in Fort Worth, Texas.

Paul Jackson, CEO of HousingWire, said that there was a real need to highlight technological innovation in the real estate industry in order to sustain growth and evolution:

"The HW RETech:50 awards are designed to do just that, driving awareness and prestige to the firms tirelessly working to create the future of the real estate business,” states Jackson.

HousingWire’s expert panel will assess nominees based on several factors, including the impact that their technological innovations have had so far, their potential for future impact on the real estate market, the adoption of the technology, and several other areas.

Real estate professionals are invited to take part in the process by nominating the companies behind any innovative tech that has caught their interest over the last year. However, before you go racing to the nomination form, note that there are a few considerations:

1. Companies must offer technology that is primarily focused on the residential real estate industry – for professionals or consumers

2. Please try to include names and a biography of three key individuals at the company you nominate.

3. It does not matter how many years the firm in question has been in business – startups are more than welcome!