#ICNY To Tell of 2013 Tech, Trends and Tribulations

Next month, Real Estate Connect New York City promises to supply plenty of ideas and trends for the industry. The speaker list reads like a "Who's Who" of investing and Internet marketing too, with experts from Craig's Lists' Craig Newmark to our pal Nicole Nicolay of Agent Evolution. 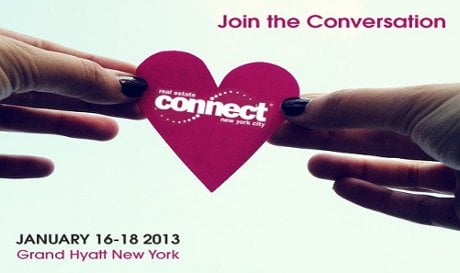 To keep abreast of this version of "Connect" readers who use Twitter should follow the #ICNY. You can also follow Inman Connect at @InmanConnect as well as on Facebook. Those planning on attending should know Real Estate Connect's reserved block of rooms at the Hyatt are sold out, but accommodations nearby may still be available at: