Is Microsoft about to Introduce Its Own Home Hub?

Apparently so, as at the moment, Microsoft doesn’t have a smart home solution, even though the company has Cortana that has been in use for several years. Now it looks as if it will soon introduce a product known as Home Hub.
Unlike Amazon’s Alexa, the Home Hub is more likely to be software based and will be integrated into Windows 10 and Windows 10 Mobile. It’s also more likely that the service will be aimed at families, with an upgraded version of its virtual assistant Cortana.

From the sounds of it, Home Hub will have a communal calendar and will support touch screen interactions, unlike most of the competition that only supports voice interaction. As the article points out, this makes perfect sense as voice interaction isn’t always perfect and a touchscreen allows a greater variety of options. The fact that it will be available on millions of home computers is intriguing as there will be no need for Microsoft to build hardware for this system. It’s also possible that Microsoft may add Home Hub to its Xbox console, especially as the living room is often the ideal location for smart home solutions. 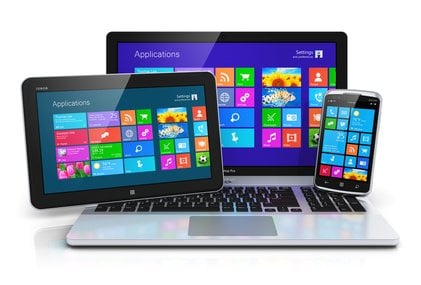 So how would it work? The idea is to make shared PCs easier for multiple people to use, so the Home Hub could be useful for families. According to the article in windows central.com, using Cortana as well as the introduction of other apps that take advantage of new APIs could mean that the Home Hub will become a viable competitor on the market. At the moment users on a shared PC need to switch between their accounts, but with Home Hub users will be able to unlock the PC without needing a password and will have access to various shared family data such as calendars and to-do lists.

Whoever is using the computer will be able to authenticate themselves with Windows Hello to see their own private calendar in addition to the shared family calendar and once they have finished, they can sign off which will hide their private calendar appointments. These functions will also be available on apps on phones that include Windows 10 Mobile, Android, and iOS. It’s expected this shared area will run over the desktop computer, so underneath the Home Hub, there will still be a proper PC. The idea is it should sit somewhere that is communal, and as Cortana will always be listening, users will be able to activate her from anywhere in the room. It’s expected that this service will also be able to control smart home devices, including doors, locks, and lights.