Real Estate Marketing & Beyond
Home » Housing » US Real Estate » Home Design » It might not be a good idea to rip down that interior wall...
Double-click to edit button text.
X

It might not be a good idea to rip down that interior wall...

All of those TV shows make home renovation projects look so easy - just take out a wall or two and create a delightful open floor plan that will raise the value of your home.

But it's not nearly as easy as the TV shows make it out to be - indeed, tearing down walls willy nilly could create a whole host of structural problems, and even send your home crashing down around your ears. 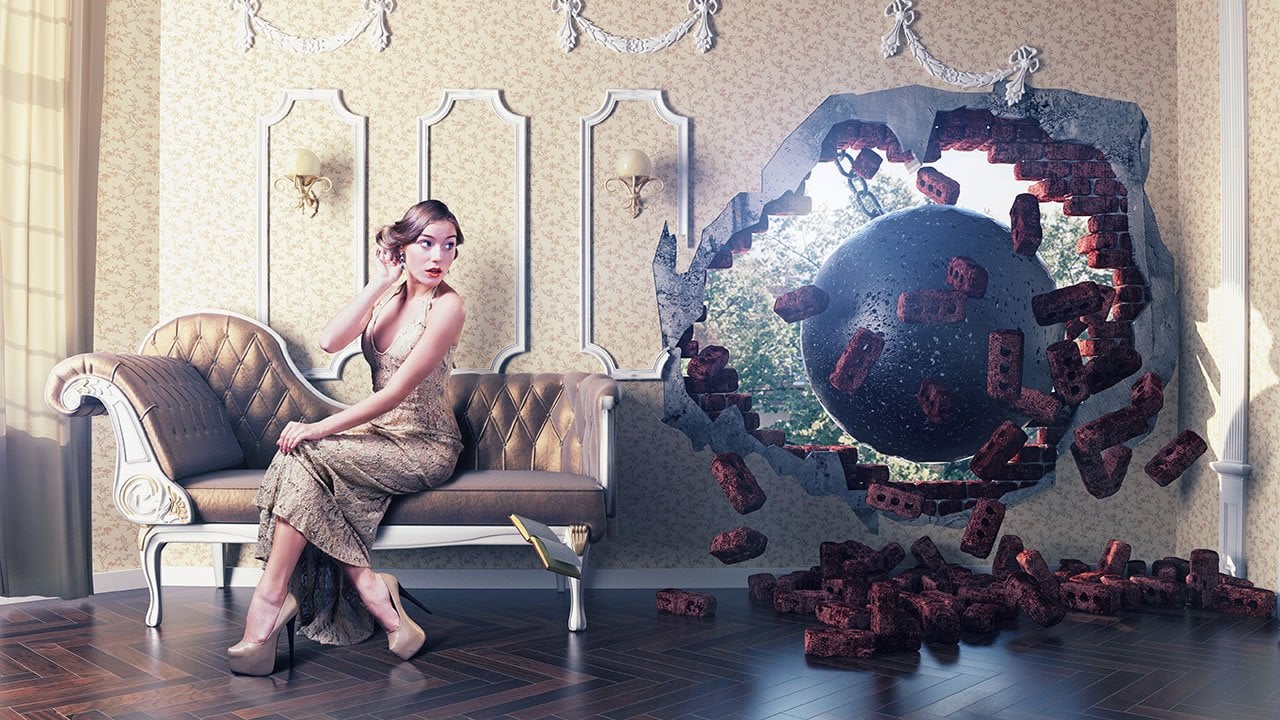 HouseLogic.com says it costs anywhere between $500 and $4,000 to hire a professional contractor to pull down a wall. But homeowners should also hire a structural engineer to ensure it's safe to do so first.

“You’ll then get the peace of mind of knowing that you’re not going to do serious damage to your home,” Jesse Fowler, president of Tellus Design + Build in Southern California, told realtor.com.

Fowler says that there have been numerous cases of enthusiastic homeowners taking a sledgehammer to their walls, only to regret it later. Some incidents have resulted in ceilings caving in or sagging.

You need to be especially careful with load bearing walls, advised Brian Kelsey, host of “Kelsey on the House,” a series of online videos about home improvement. “The ceiling could cave in right away.” Kelsey recommends hiring a structural engineer to determine for sure whether the wall is a load-bearing one.

Experts also warned of other issues to be wary of when pulling down a wall. For example, the interior of the wall might contain electrical wiring that needs to be safely removed. “You might not see electrical outlets on the exterior of the wall, but that doesn’t mean there aren’t potential electrical issues beneath the surface,” J.B. Sassano, president of Mr. Handyman, a national home improvement company based in Ann Arbor, Mich., told realtor.com

Consulting an expert might cost money, but the experts agree that it will likely save them money in the long run, as any one of the above problems could cost thousands of dollars to put right.