Pop diva Lady Gaga has reportedly added a new real estate property in her portfolio. The singer/performance artist is said to have bought Frank Zappa's estate in the Laurel Canyon neighbourhood of Hollywood Hills for US$5.25 million, Variety reports. 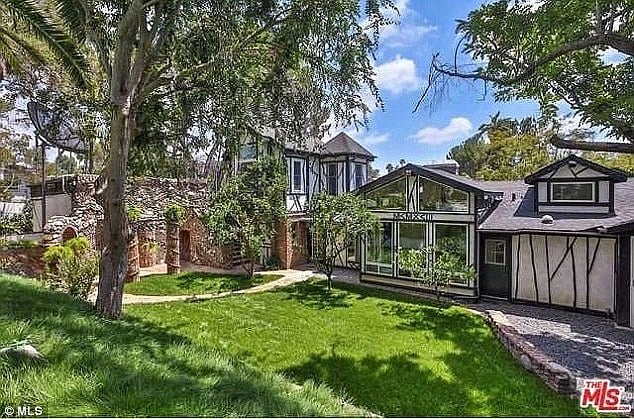 Zappa purchased the Hollywood Hills property in the mid-1970s for around US$75,000 (NZ$104,000), and he lived, worked, and raised his family there until his death in 1993. During the 1970s, Laurel Canyon was the epicenter of the LA music scene, with notable residents including Joni Mitchell and Graham Nash, James Taylor and Carly Simon, Jackson Browne and members of the Eagles.

The home was listed with an asking price of US$5.49 million. Listing agent Rayni Williams of Hilton & Hyland confirms the sale price was US$5.25 million.

The Zappa Estate seems like the perfect fit for Lady Gaga. The 650 square-metre quasi-Tudor house has seven bedrooms and six bathrooms, and features the so-called "Utility Muffin Research Kitchen," the recording studio that Zappa built at the property.

Living spaces include a kitchen topped with cathedral ceilings, a formal dining room and a library. The master suite comes with a fireplace, a glass-enclosed shower and a soaking tub.

Outdoors, there are two guest houses and an attached guest apartment, as well as a rooftop tennis court, a swimming pool and spa, various patios and an elaborate stone courtyard.

The Zappa family also owned an oceanfront estate in Malibu described as a "Moroccan Country Farm House" with numerous horseshoe arches, mosaic tiles floors, and plastered roof arches.The exterior was even more eclectic with a giant crescent moon and star perched on the roof. The Point Dume home sold three years ago for US$9,608,000.

Although she's a native New Yorker, Lady Gaga has other properties in California. In 2014, she bought a Mediterranean villa on 2.5 hectares with ocean views in Malibu for US$23 million. Her net worth, estimated by Forbes.com early this year, is US$275 million (NZ$382 million).