Latest figures from the S&P/Case-Shiller Index to the year ending March 2014 shows the property market began to weaken at the beginning of the year. Property values increased by 12.4% compared to a year earlier.

This is the smallest twelve month gain since last July, as prices rose by 12.9% to the year ending February 2014.Rising interest rates and tighter lending criteria have led to demand slowing down. This is limiting the ability of sellers to ask higher prices. In order for price growth to continue there will need to be an increased number of cheaper properties on the market, combined with better income and job growth. In addition, there will need to be a sustained drop in the cost of borrowing to help lure more buyers into the market. 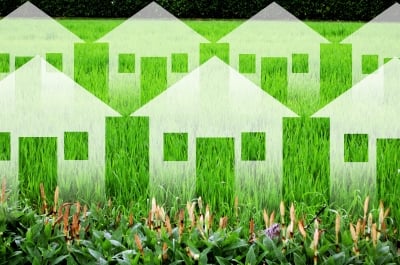 When adjusted for seasonal variations, home prices increased by 1.2% in March compared to the precious month, while unadjusted prices rose by 0.9%. The index covers twenty cities, all of which showed year-on-year price gains. The largest gains were in Las Vegas, where prices rose by 21.2%, while prices in San Francisco rose by 20.9%. Price gains were smallest in Cleveland where they rose by just 3.9%.

Since home sales slumped earlier in the year, they have been slow to recover. Last month purchases of new homes increased by 6.4% which was the first gain in three months. This advance was largely due to a 47.7% increase in the Midwest.
Sales of previously owned homes rose by 1.3% in April which was the first gain this year. According to the article in Propertywire, these figures from the National Association of Realtors show an underlying softness in the market. Even though investors are still prominent in the market, the numbers of first time buyers are largely unchanged. The housing market began to cool a year earlier, and the indicators for the market are still mixed. Even though mortgage rates are currently at a seven month low, bank lending standards remain a problem.