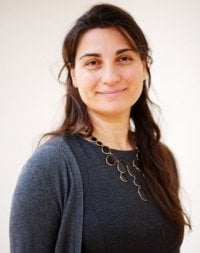 Speaking of dedication and giving, a story from the Sophia Foundation for Children tells of RICS Cyprus Country Manager Liana Toumazou going way above and beyond for a good cause. If Earthbound efforts to help support the the "Blessed Orphanage" in Kenya, then Liana decided to ascend the slopes of Mt. Kilimanjaro, the tallest mountain in all Africa.

Director General of the RICS (Royal Institute of Chartered Surveyors) for Greece and Cyprus,  ToumazouI is one of the most energetic young professionals you will ever read about. And when we speak of climbing Kilamanjaro, we are not talking a North Carolina hill climb. The mountain of movie fame is one of the toughest in the world to ascend. Liana has to be certified to even attempt it. Readers can spot Liliana via RICH Europe here.

For those who do not know what exactly RICS staffers do, Chartered surveyors help in sustaining long term property values with research and expert advise as to the most efficient marketing of land and property. The organization has a very broad reach across Europe.

Liana ended up reching Uhuru summit, across the border in Tanzania, thereby raising 3/4 of her goal of €4000 euro for the orphanage. She is still looking to collect on her once in a lifetime trek, in case the reader would like to donat. Contact Liana via Anna Stylianou MRICS at: [email protected] or via phone at: 00357 99 540 882

The video below, while not something every agent or homeowner would want for evening entertainment, is a necessary component of understanding why people like Liana are should be our most prized heroes. Sacrificing to alleviate such hardship, this is the best human beings have to offer.