U.S. local social networking phenomenon Nextdoor is expanding into Germany, Europe's largest market, the company said on Monday, following expansion moves last year into Britain and the Netherlands, where it has grown rapidly. 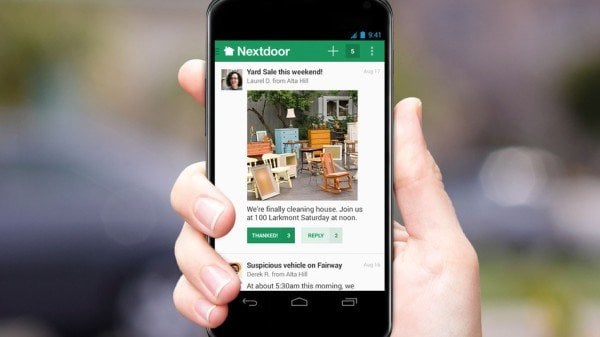 The company said that following a successful private beta period, over 200 neighborhoods across Germany have started Nextdoor communities. Neighbors in Germany have used the app for everything from organizing local sports clubs, to planning neighborhood flea markets, to finding recommendations for popular local restaurants.

Nextdoor's mission is to bring neighbors together to build stronger and safer neighborhoods all over the world. On Nextdoor, neighbors create private online communities for their neighborhoods where they can ask questions, get to know one another, and exchange local advice and recommendations. With this launch, Nextdoor has been fully localized and optimized for Germany on web, iOS, and Android devices.

Nextdoor started in the United States in October 2011, and is now used in more than 144,000 U.S. neighborhoods, representing over 75% of the country. In 2016, Nextdoor began its international expansion, starting in Europe. The response has been exceptionally strong, with over 40% of neighborhoods in the United Kingdom and Netherlands already using the platform. Nextdoor has raised over $200 million in funding from top-tier Silicon Valley venture capitalists, valuing the company at more than $1 billion.

“Technology has done an amazing job connecting people far and wide, but these are mostly virtual connections. Nextdoor is focused on real world connections and strengthening the bonds in one of the most important communities in our lives – our neighborhoods,” said Nirav Tolia, Co-Founder and CEO of Nextdoor.

Security and privacy have always been core to the member experience on Nextdoor. To join Nextdoor, all members must use their real name and verify their home address. Neighborhood conversations are only accessible to verified neighbors of that neighborhood. All Nextdoor websites are password protected such that neighborhood content and member information cannot be found in Google or other search engines.

“German neighborhoods have always had a strong sense of identity and with Nextdoor we are excited to help make communities in Germany even stronger and more connected,” said Marcus Riecke, German Country Manager. “We know from Nextdoor’s success to date in the US, the Netherlands, and the UK, that empowering neighbors to get to know one another better has a positive societal impact. During our German beta phase, we’ve seen that the desire to get to know our neighbors better is just as true for Germans. I am proud to lead our team in Berlin that is committed to bringing Nextdoor to all German neighbors.”